In a Past Life at Belleau Wood...

...I was on the wrong side of history!

I was just sent some photos of the cast figures for the upcoming Belleau Wood Immersion which will open in June 2010 at the National Museum of the Marine Corps.

Last year, we were cast by Taylor Studios to be in the Museum's new exhibits... and now they are nearing completion.

I was cast full-figure as one of the dead German machine gunners from Belleau Wood, who stayed to fight the Marines, and ended up the way shown... 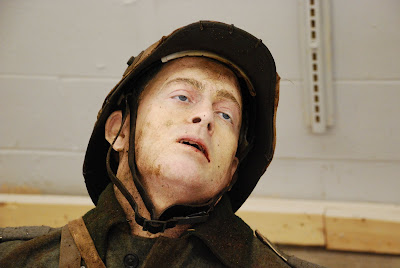 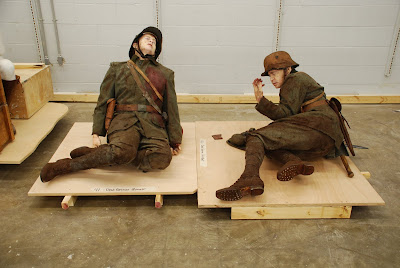 I'm on the left, as the dead assistant gunner, and Mike Fay is on the right as the dead machine gunner 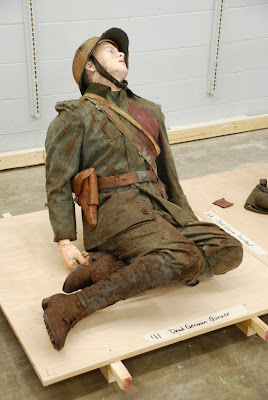 Look at the detail-- down to mud on the uniform and blood on the face, chest and hands.
Lesson-- never get on the wrong side of United States Marines!
Posted by Kristopher Battles at 3/29/2010 09:08:00 PM 2 comments:

To Paint a Picture of a Country

While I was thrilled to be back in a country I grew to love when I was a missionary there (1999-2001), I was of course shocked and saddened by the new horrific state of the infrastructure of Haiti.

Dilapidation and lack of sanitation were normal parts of the nation before the earthquake of 12 January-- but to see whole buildings collapsed on every block of Carrefour and Port-au-Prince is something hard to describe, and emotionally beyond comprehension.

Yet the Haitian people are a strong and resolute people, and they were very similarly disposed in attitude as they were when I was there before in their normal devastating poverty...! I mean, on the outside they were almost back to normal a month beyond the quake-- though on the inside I'm sure they all have bigger demons to deal with now.

The Marines were there to provide security, and it seemed on the ground that they were very welcome.
If some had their way, according to what I heard there, they would've had us for longer!

Here are some of the sketches and watercolors I did while there: 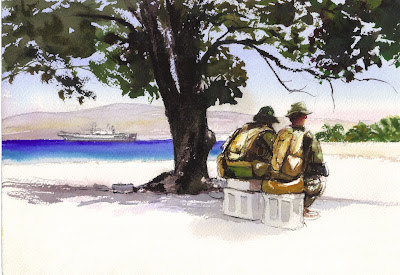 Marines guard the BLT HQ compound in Carrefour, in a scene that normally would be on a brochure! 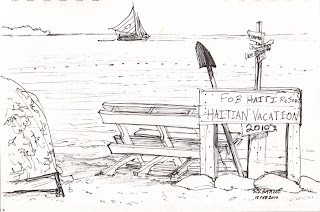 a sign on the beach where Marines were bivouaced... 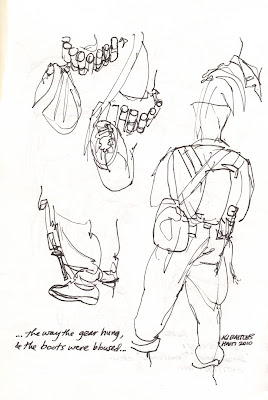 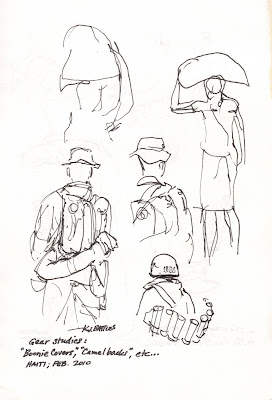 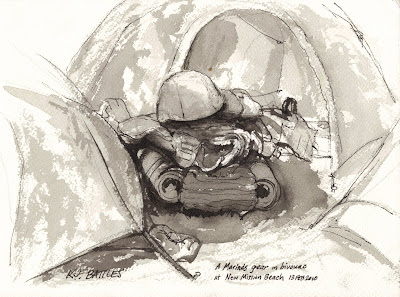 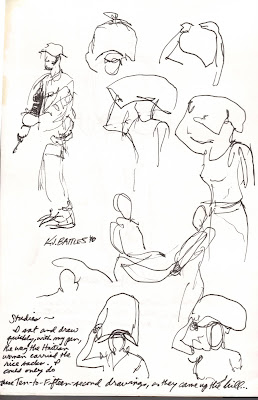 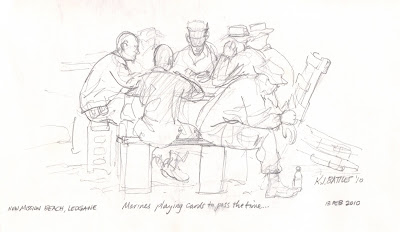 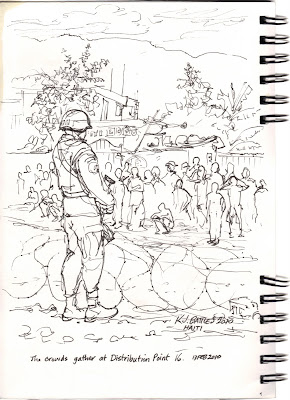 A sketch of a UN soldier watching crowds gather across the street from Distribution Point in Carrefour.
Posted by Kristopher Battles at 3/27/2010 12:06:00 PM 7 comments: