Happy 4th of July, everybody!
Take a moment to remember why we celebrate this day...
Now get back to your grills, your soda and beers, and your fireworks-- and remember to do all of those things safely!

Well, I guess the old adage is true, that it you work hard enough, for long enough,  something good will happen to you...

BEFORE:
("solid brass" sergeant-- though not "...since 1940"!)
AFTER:
(now I'm "scratch resistant" and "combat hardened" ?)
I was actually promoted Friday, the 1st of July, 2011, to the rank of Staff Sergeant, at the National Museum of the Marine Corps in Quantico, VA. 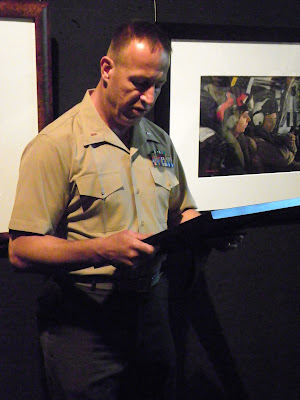 Sergeant Battles stands at attention (and apprehension) as the warrant transforms him into a Staff NCO! 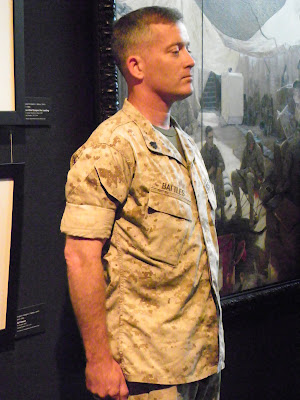 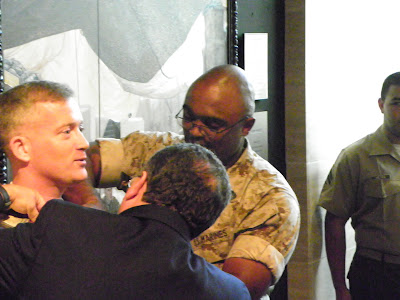 Relief, as it is accomplished (they even had it framed for me)! Charles Grow, Deputy Director of NMMC and a former Combat Artist and Curator says a few words to the crowd: 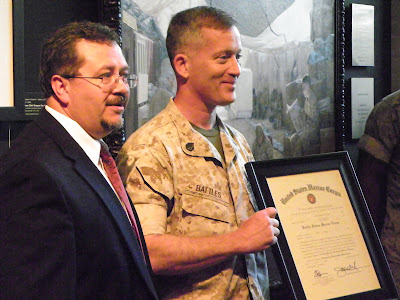 It's certainly been a while in coming needless to say, as the last time I stood in formation and heard a promotion warrant read with my name on it was October 1990!
(See one of my earliest posts about coming back into the Corps at the rank of Sergeant, after having spent a decade out...)
Posted by Kristopher Battles at 7/04/2011 06:04:00 PM 3 comments: