A Painting on Fire

I was looking once again at the works by Col Charles Waterhouse in the Combat Art Gallery at the National Museum of the Marine Corps, and specifically this piece in the Medal of Honor series about Cpl. Hershel W. Williams and his flamethrower.

It struck me how "on fire" the whole piece is, not only in its colorful and energetic depiction of the scene from Iwo Jima in 1945, but also in the WAY Col Waterhouse expressed it WITH THE PAINT ITSELF: If you look at some of the detail photos, you'll notice that he captured the heat, drama, and chaotic nature of a flamethrower in action using a very modernist technique-- splattering and dripping-- it's like "Jackson Pollock goes to war!"

Though Pollock was non-figurative in his signature technique, Waterhouse utilized that abstract technique to represent something from nature-- and to both denote and connote a visual and emotional truth. The paint tumbles and falls over itself as the colors burst amongst and on top of each other-- it's chaos with an order to it, guided by the artist's hand. 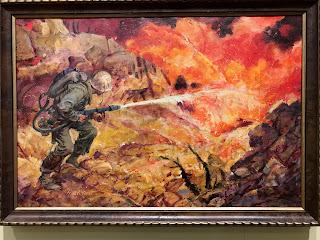 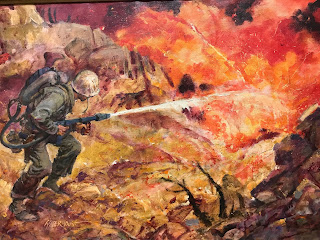 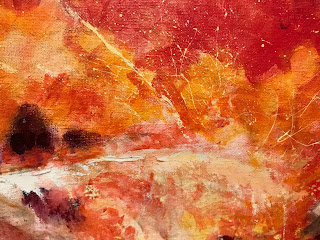 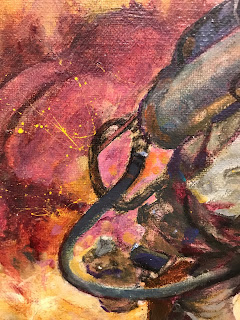 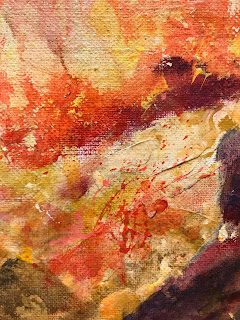 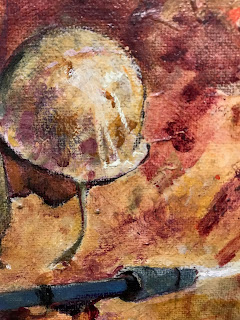 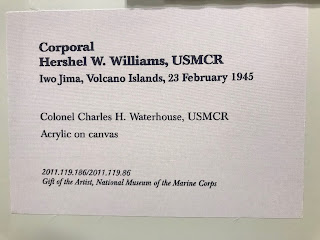