If you're ever in the DC area, I strongly recommend you take the time to go see two of the best museums in the world-- namely, the National Museum of the Marine Corps in Quantico, and the National Air and Space Museum in Washington, DC.

For the next year, until Jan 2013, you can see an excellent bit of the Marine Corps Combat Art Collection at the NASM, in a show entitled, "Fly Marines! The Centennial of Marine Corps Aviation 1912-2012." ( See a review of the show in the Washington Post Arts Section here). 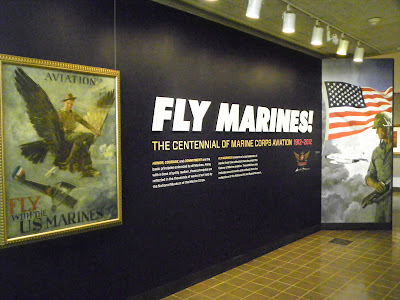 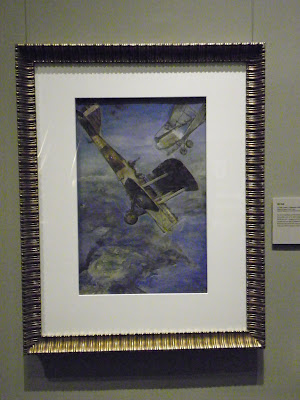 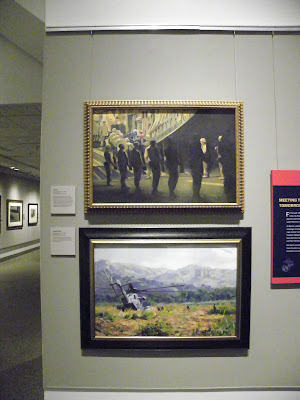 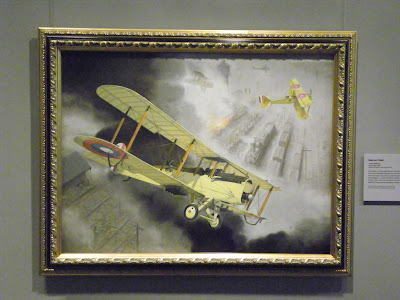 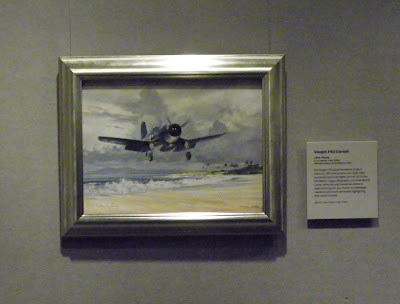 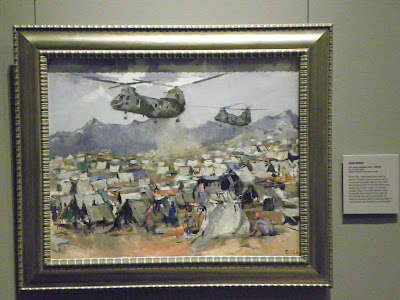 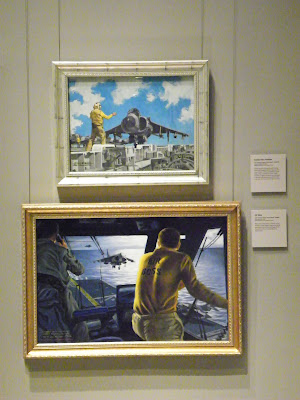 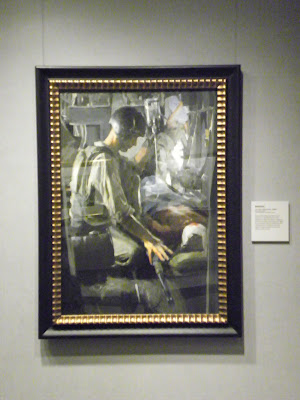 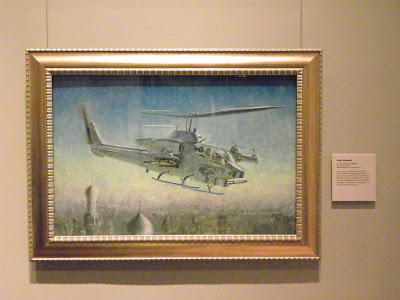 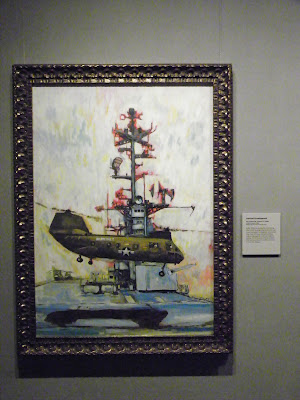 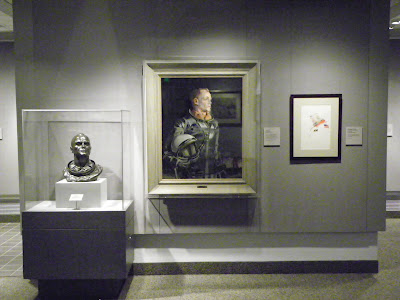 I, too, am honored to have two paintings in the exhibition, as well as my sketchbook and field art gear in a display case... 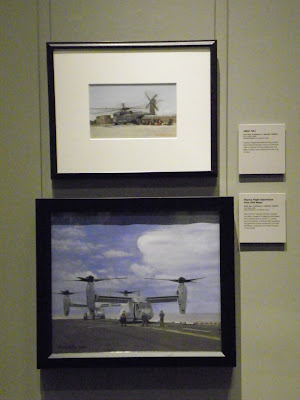 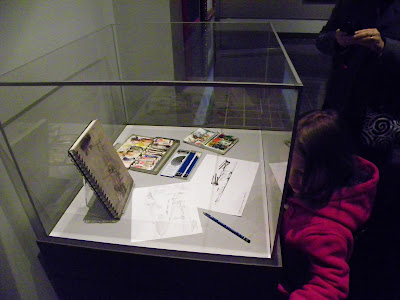 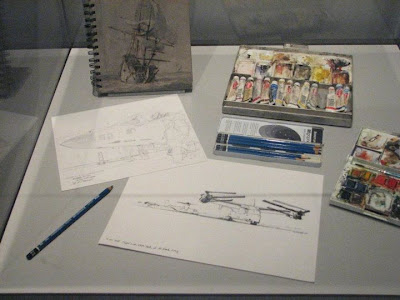 What a way to start out the new year!

On January 1st, 2012 I had the distinct honor and privilege of attending the Commandant's Reception and Serenade, held annually at the Home of the Commandants, 8th and I, Washington, DC.

My wife, Kelly and I were absolutely delighted to attend, and were looking forward to seeing the residence, which for all Marines is like their White House! The food was absolutely wonderful-- indeed, world class-- and of course the residence was exquisitely decorated.

I had been invited because I had completed a painting for General and Mrs. Amos, a winter portrait of the Home of the Commandants in oil, based on a photo the Commandant himself had taken a couple years prior during the time we had massive snows in the DC area. 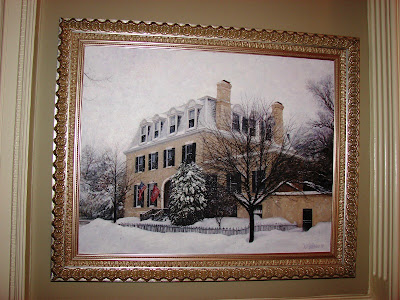 I found out, upon arrival, that the painting was going to be brought out and revealed for the guests.
General Amos talked about the painting and of his photograph on which it was based, and he also talked of the Marine Corps Combat Art Program. It was a great honor to be standing there, hearing such words from the Commandant himself. I felt like I was dreaming. 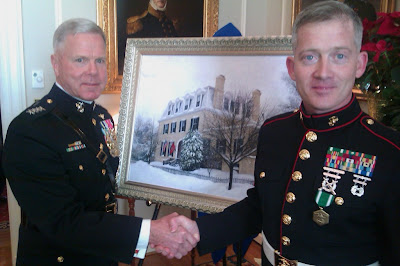 For more photos from the event, click here and here.