Check out this excellent Christmas-and-Marine-related post by friend and colleague, Beth Crumley at the Marine Corps Association : 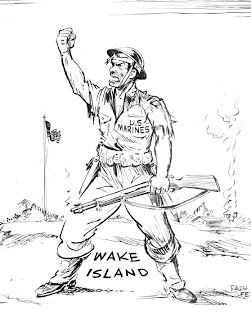 Merry Christmas to all Marines and their families! 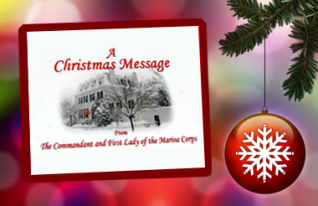 The Agony of Da Feet

Here's another painting nearing completion-- "Jellison's Bridgeport Blisters", a painting about a young Marine nursing his feet (as per Corpsman's orders) after a long training exercise in the Mountain Warfare Training Center near Bridgeport, CA: 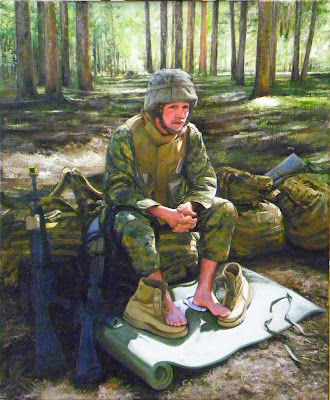 The National Museum of the Marine Corps just decked its halls with all sorts of Christmas cheer last night and this morning, hanging garland all around and decorating several Christmas trees in Leatherneck Gallery.
Today I had the pleasure of helping transport and hang one of our best works from the Art Collection, a painting by WWII combat artist Cpl Tom Lovell of a Marine as Santa (we affectionately call it "the Christmas Lovell"). 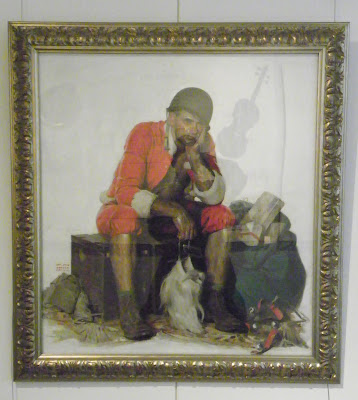 Here are Alice and Joan, of the Art and Exhibits sections, levelling the Lovell: 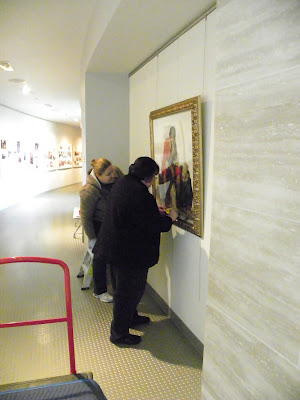 Here am I, confirming the level on the Lovell... 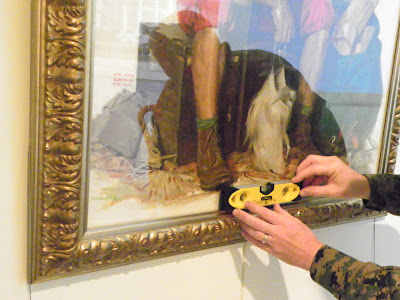 Here's a painting I've been working on for some time, about Artillery Marines in Helmand Province, Afghanistan: 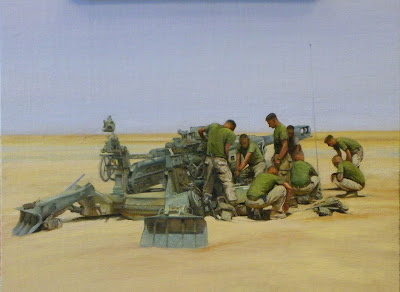 While visiting Forward Operating Base (FOB) Dwyer, I spent some time out where the "Arty" guys had their battery, taking photos and sketching them as they practiced their profession (see my original post with a sketch I did on site).

I watched the Marines as they were setting in their gun (an M777 155mm Howitzer, called a "Triple Seven"), and felt the scene  was perfect for a painting, as the figures were dynamic and the composition interesting. And as artillery doesn't often get featured in combat art, I wanted to give the "cannon cockers" their shot...
Posted by Kristopher Battles at 12/01/2011 09:19:00 PM 1 comment: