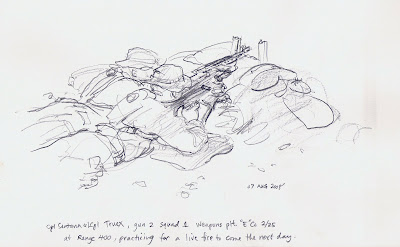 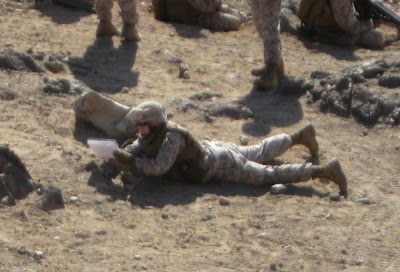 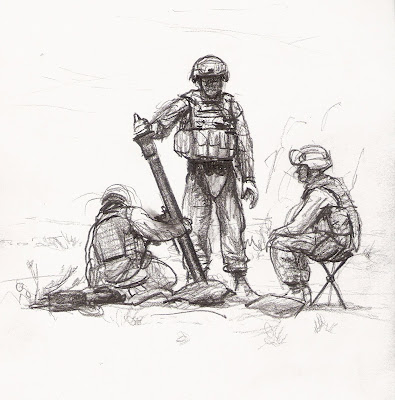 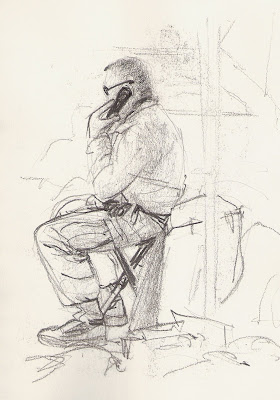 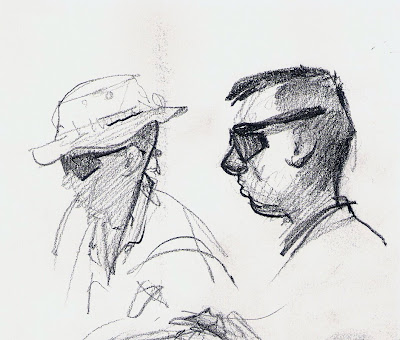 Hello, Kris, The last time I stopped by, I wasn't able to comment. It is good to see your work. I trust that you are well. Bon travay!

All these sketches are great! lately I have become real interested in military sketching/ conflicts. I'm a senior at Ringling College in Sarasota FL. What are some ways in really looking and pursuing it?

Your drawings are wonderful. Did you know that Winslow Homer was an embedded military artist during the Civil War?
I can't thank you enough for your service, Kris.
God Bless you is all I can say.

Your sketches are wonderful! I am so glad you are able to capture these important images and share them with us!

Kris,
I just discovered your blog and love your work. It's especially interesting because I work for the Army as a graphic artist and I paint as well (sort of semi-pro). The inprogress stuff is very informative!

Boy, don't know where I have been. Missing your blog somehow.

These last sketches are so telling and touching. Thanks for telling us about these Marines.

Operation Peace On You said...

Former Desert Storm Marine, and occaisional "artist" here. Dig yer work! Hope that you continue your sculpting endeavors, as it proves quite rewarding! A 3-D render is an actual "face to face" that 2-D does not deliver.Just to throw in a suggestion... SMAW gunners (0351, USMC) make great subjects! Ha Ha! Keep up the good work, "Jughead"! Will continue to follow your posts. Article In Leatherneck did not do you justice!

Happy Marine Corps Birthday, hope you have a super day.

hey buddy i love your works keep doing it i have a domain for use you can use to host your pics here the domain namme is bhujhangi.com bhujhangi is offspring of bhujhang(snake) in punjabi

i just found your blog, excellent and inspiring work, i'll be coming back

And after September? Thanks for the sketches. I can't imagine taking digipics, let alone sketching, in these circumstances.

Hi
You have a good blog.
Please visit my fun blog on:
http://www.soldierfun.blogspot.com
Be happy.

my heart skips a beat when I see your work...

Great posting. I will continue to reference your site in the future. Veterans deserve to be rewarded for their hard work. The new post 9-1 GI bill provides assistance to veterans while the earn their online degrees

I especially appreciate your sketches on this blog.
Any problem if I SAVE them?