More work from yesterday and today on the Mule and Marine armature: 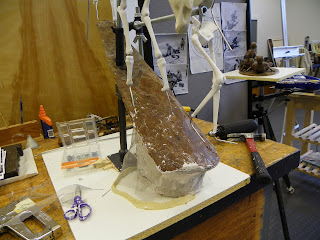 To the base I added some wire screening, on which I'll add plaster cast strips to keep the form. 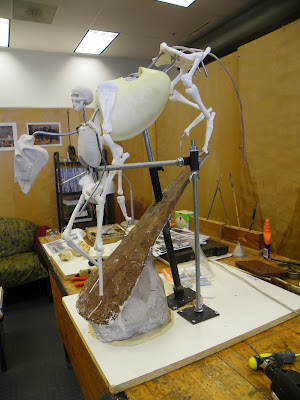 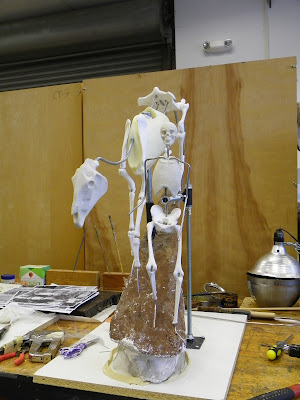 On the dry, hardened plaster form, I added wire mesh and sculpting wax... 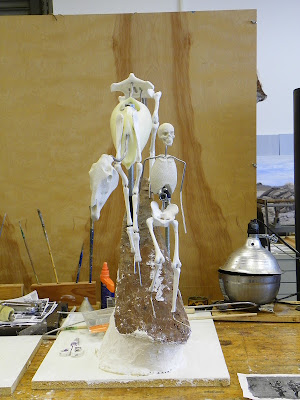 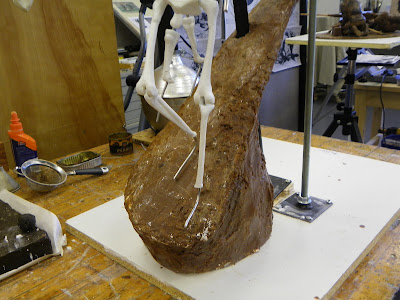 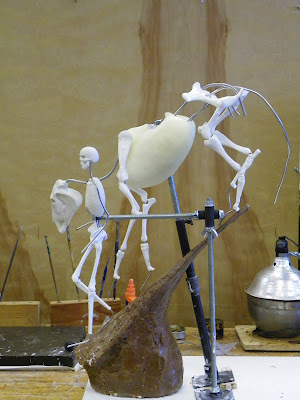 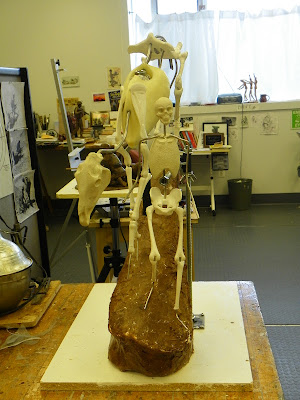 The difficulty with sculpture "in the round" is that one must take care to make a pleasing composition from several angles-- basically from each point around 360 degrees of the compass.

This particular base must be large and wide enough to hold the weight of the large mule figure and its load, but also must be visually balanced and yet seemingly unstable (like a mountain with talus slopes)
. No pressure, eh?! 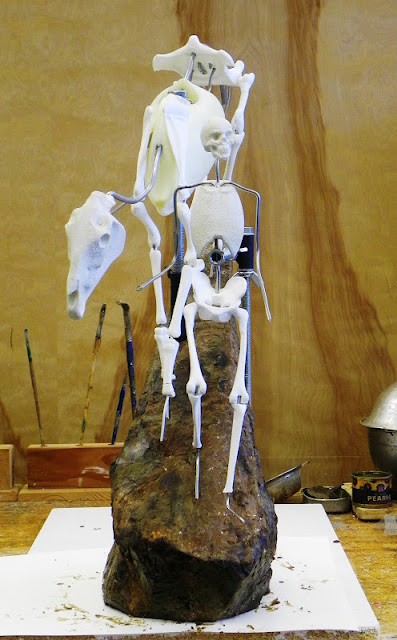 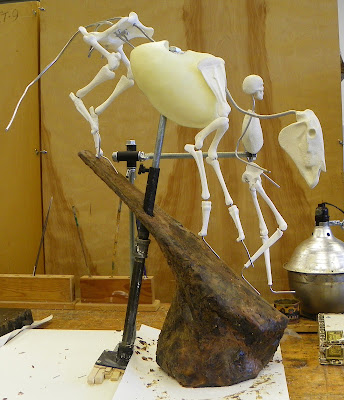 I am not sure where you’re getting your info, but good topic. I needs to spend some time learning more or understanding more. Thanks for magnificent info I was looking for this info for my mission.