In November, I had the opportunity and privilege of going to the Philippines and take part in Operation Damayan, the humanitarian relief efforts following Typhoon Haiyan.

I was only there for a few days, before the operation wrapped up, but I was there in time to sketch and photograph some of the activities of the Marines as they helped the people of the Philippines, especially in the hardest hit area around Tacloban on the island of Leyte.

Here are some of the sketches I made: 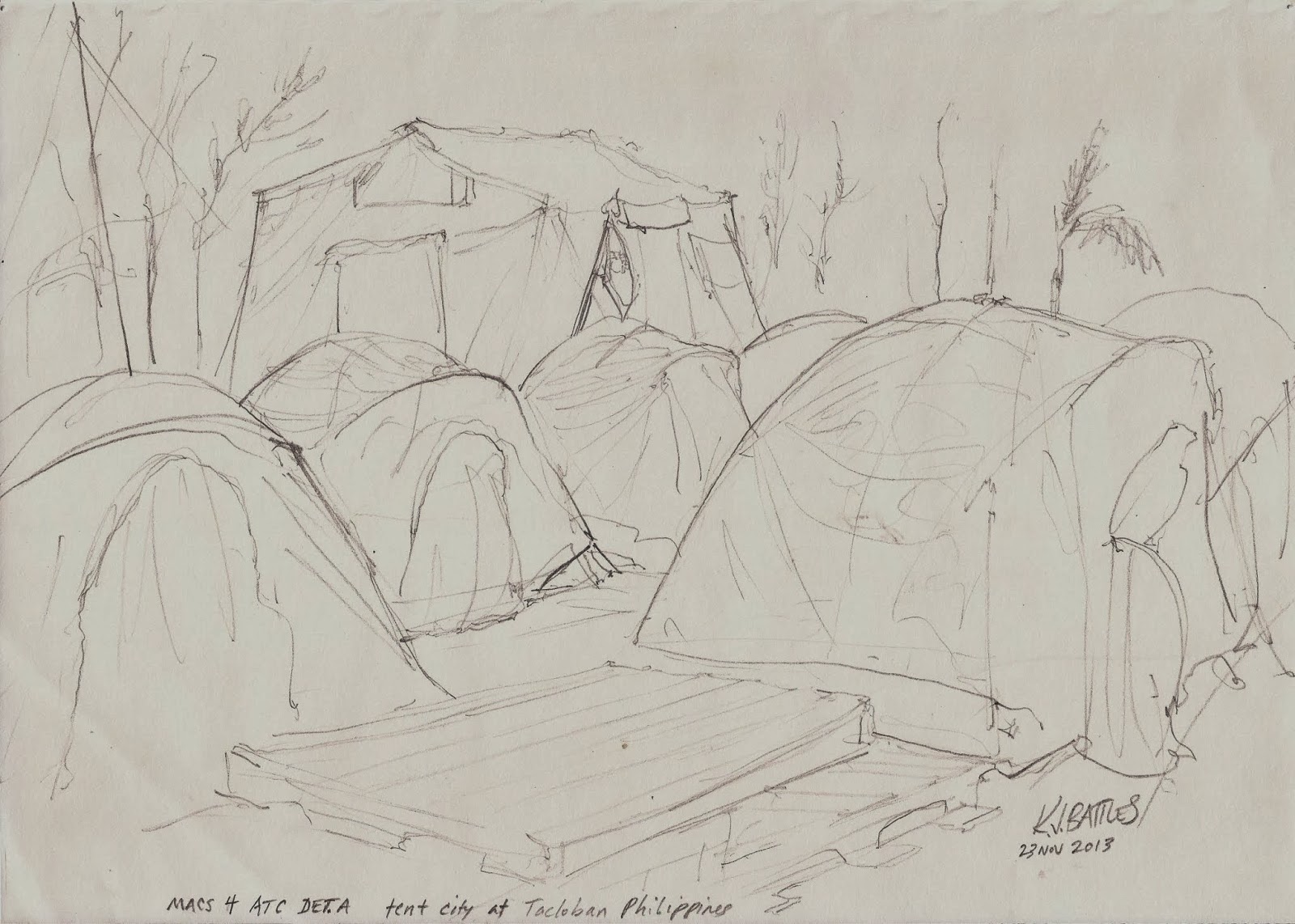 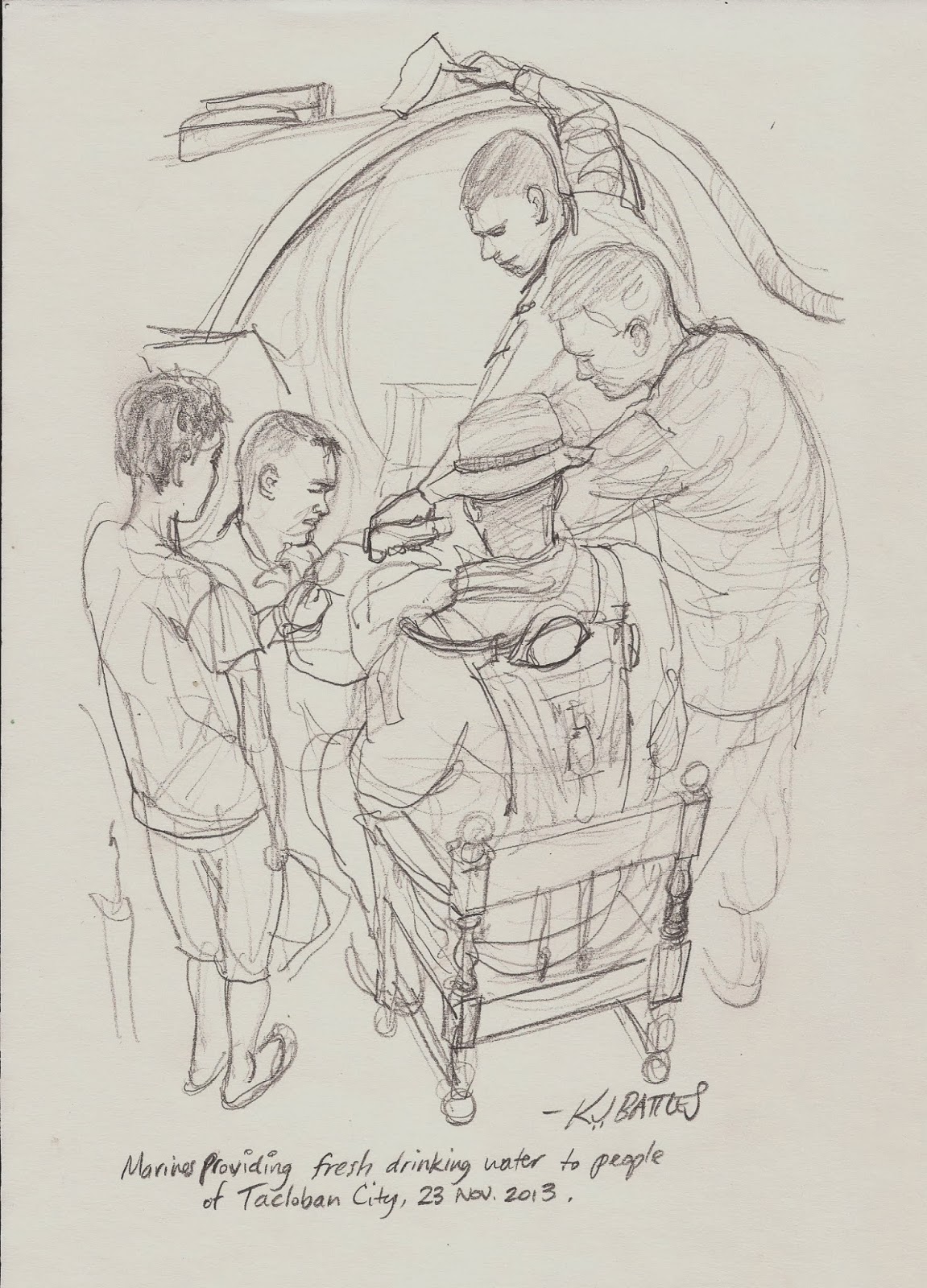 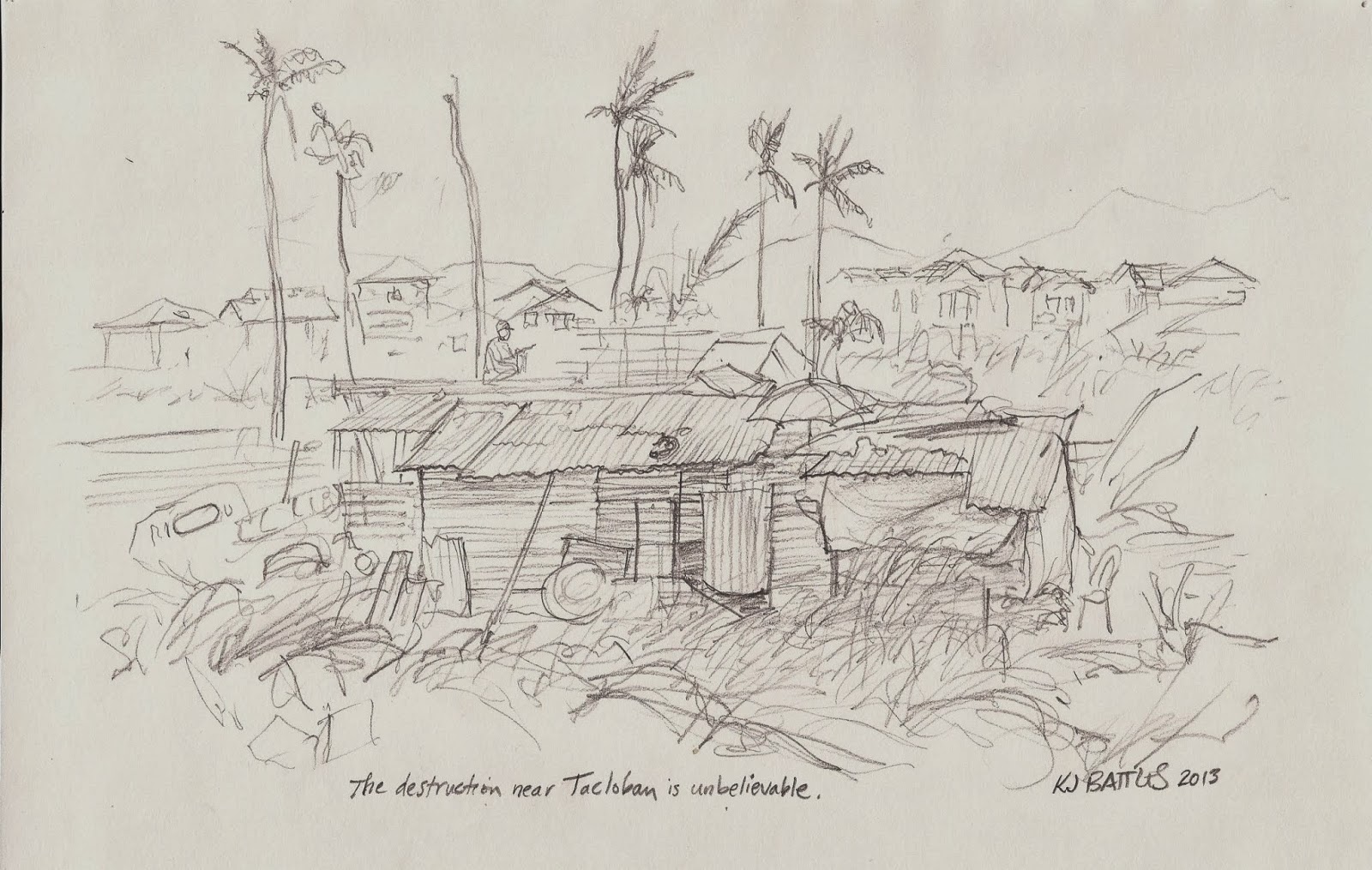 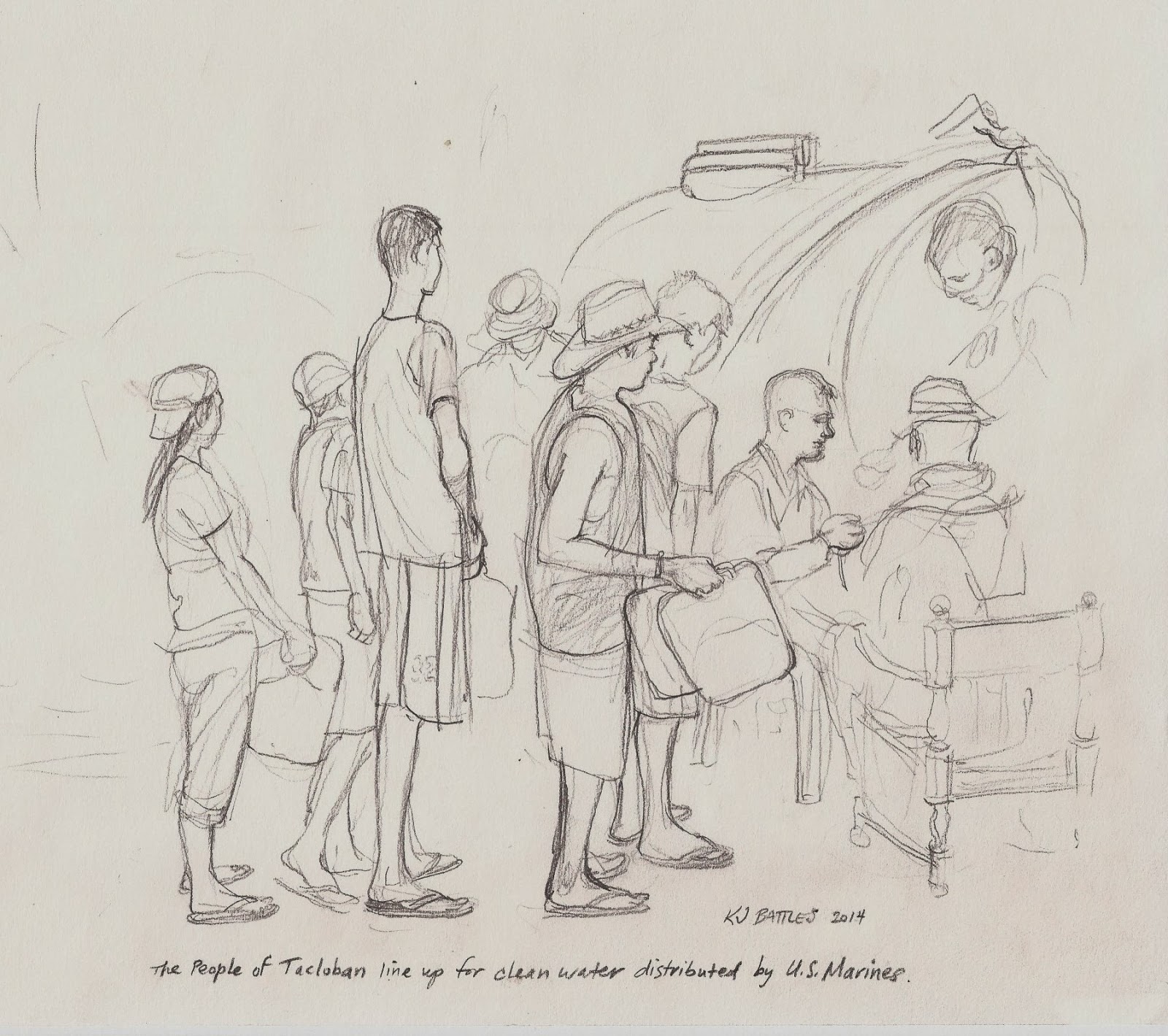 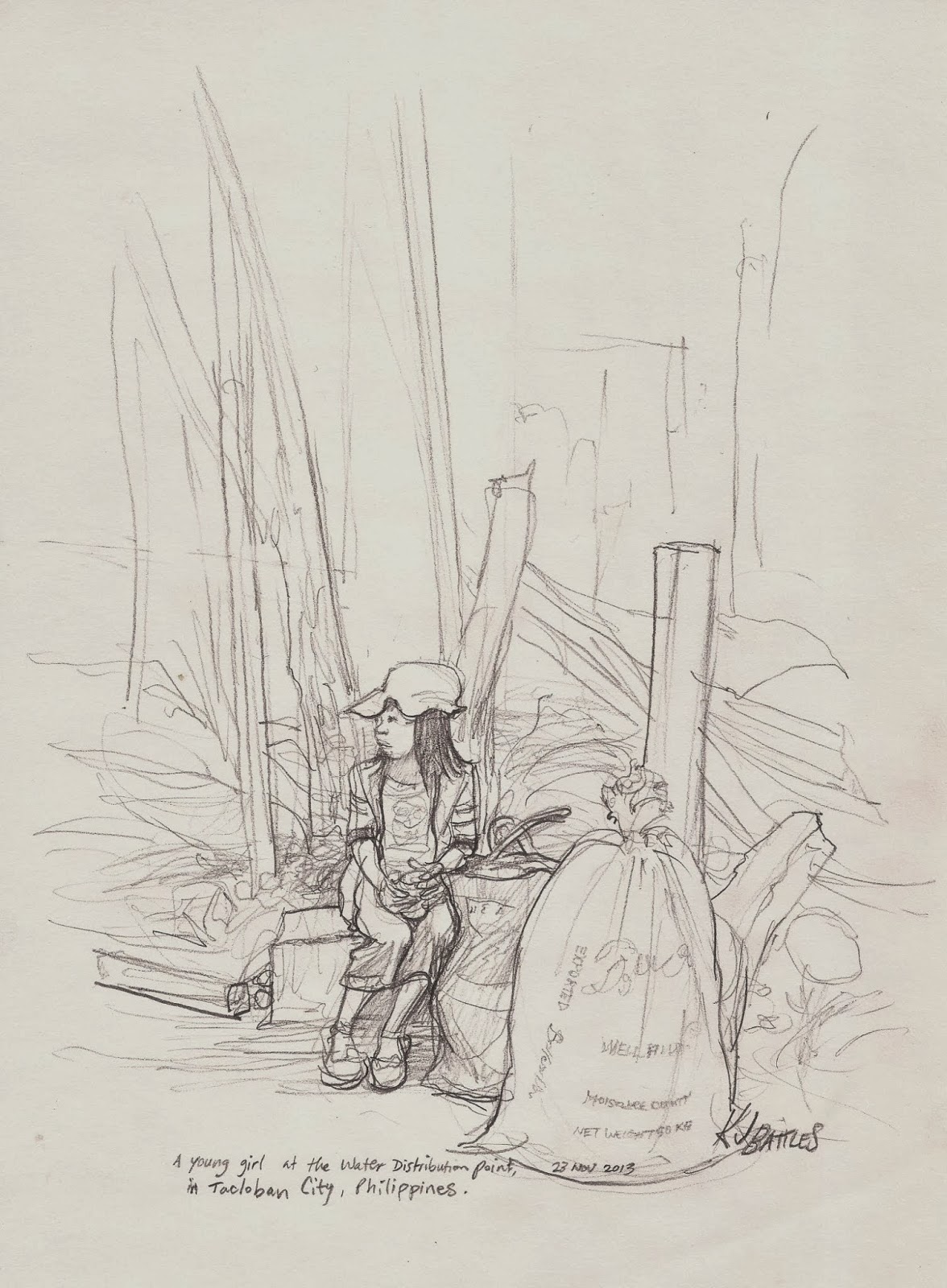 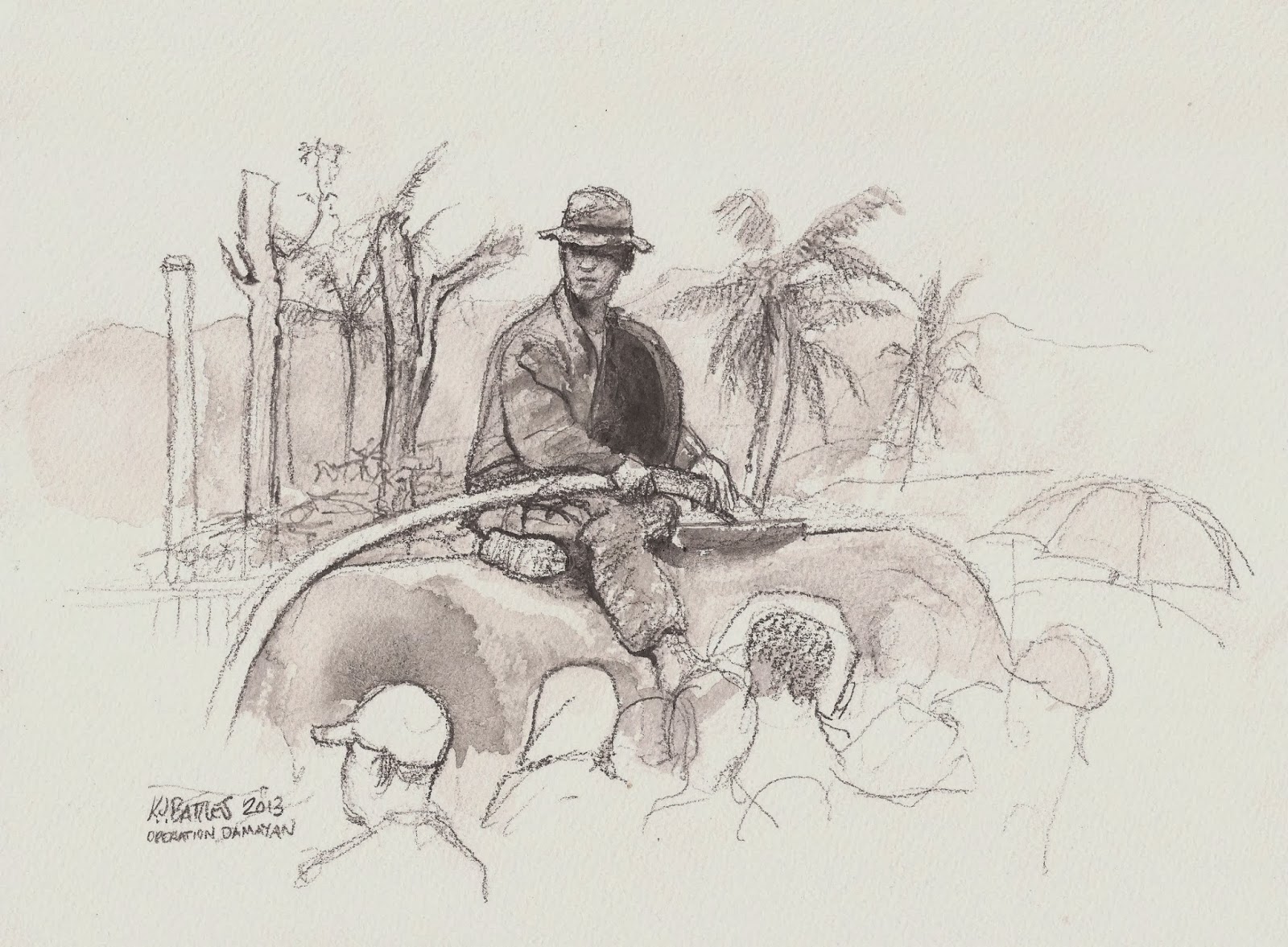 The whole area surrounding Tacloban City was nearly wiped out by the storm. The only structures still standing were made of concrete blocks, and even they were heavily damaged by the typhoon's raging winds and water.
The Philippine people have my great respect, because of the dignity with which they handled themselves in such a trying situation. They were patient and friendly with the Marines as they stood in line waiting for clean water that the Marines had brought in.

We are offering corporate and Personal Loan at 3% to 7% Interest Rate for a duration of 1 to 20Years. We also pay 1% commission to brokers, who introduce project owners for finance or other opportunities. interested for more details davephilip12@gmail.com
WhatsApp: +33757936592