It's been too long since I've posted--  computer issues as well as Operational Tempo have conspired to keep me away from the blog.

I've been a busy beaver lately, with Mountain Warfare Training Center in June and Sergeants' Course in July, and now the rifle range in August.

But the computer issues have been solved, and now I have access to the use of Blogger and a photo card.

I've been trying to finish a lot of  projects, as my remaining time in the Corps is in flux (orders and promotions issues). So much to do, so little time!

One project I started months ago, you may remember, was the sculpture of two Belleau Wood Marines-- I'd finished the armatures in wire, and brought the rifles to a moderate level of finish.

Here are the basic armatures I began with: 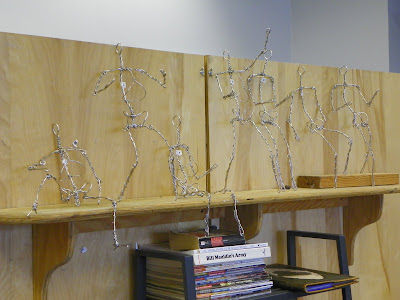 and the rifles and hands:

And here are the two armatures which will one day become Marines in the fight at Belleau Wood: 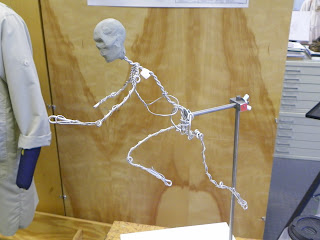 The Marine Leaping Forward in the attack 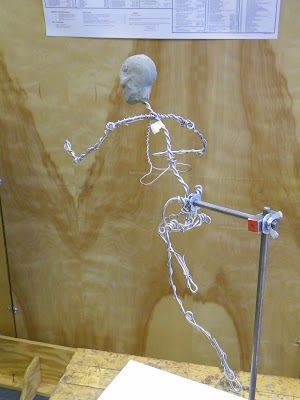 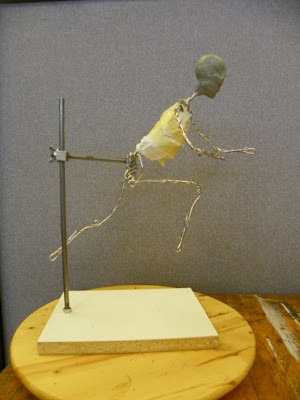 And the second figure, firing to cover his fellow Marine moving forward: 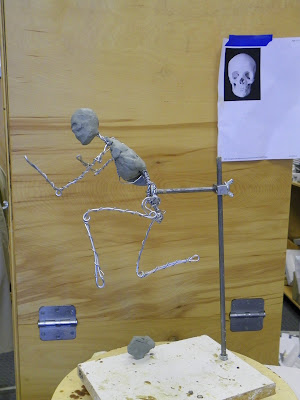 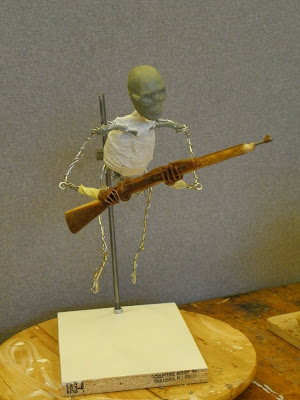 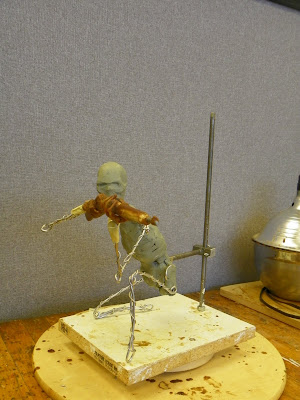 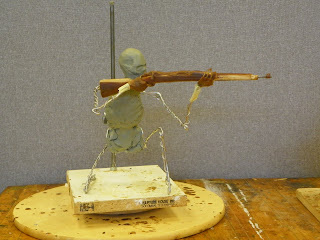 Bear with me-- I know they look like something out of Jason and the Argonauts, but soon they'll be muscled and fleshed out and in their proper combat uniforms...
STAY TUNED...
Posted by Kristopher Battles at 8/20/2010 07:38:00 PM

Oh, I am so behind in commenting. This sculpture looks great. Love that you are doing that and seems you are enjoying it. Cool.