Lately I've been working fervently on a project about which I'm greatly excited, and for which I'm honored to have been hired:  The Marine Corps Aviation Association's Marine Aviation Monument.
I'll be sculpting four bas reliefs for the monument, which will memorialize the main eras of Marine Corps Aviation: WWI, WWII/Korea, Vietnam, and GWOT.
I've done some basic drawings to visualize the bas reliefs, which I'm now refining and adding color to, to be used in publications and promotional materials. 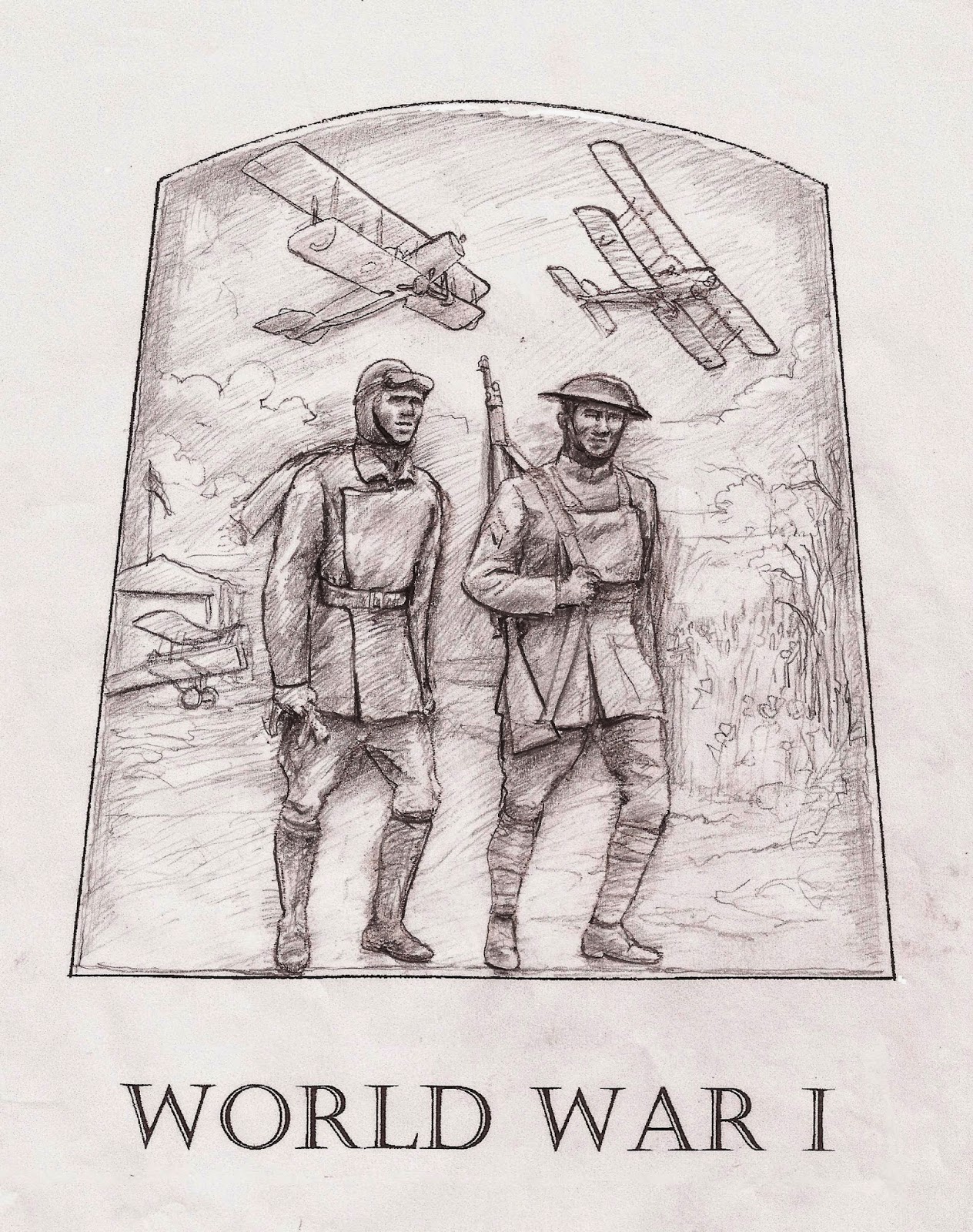 Sample drawing giving basic concept for bas relief.
I'll post the refined bas relief designs when I've finished coloring them in.
On the top will be a finial element, a large Marine Emblem, the Eagle, Globe, and Anchor. 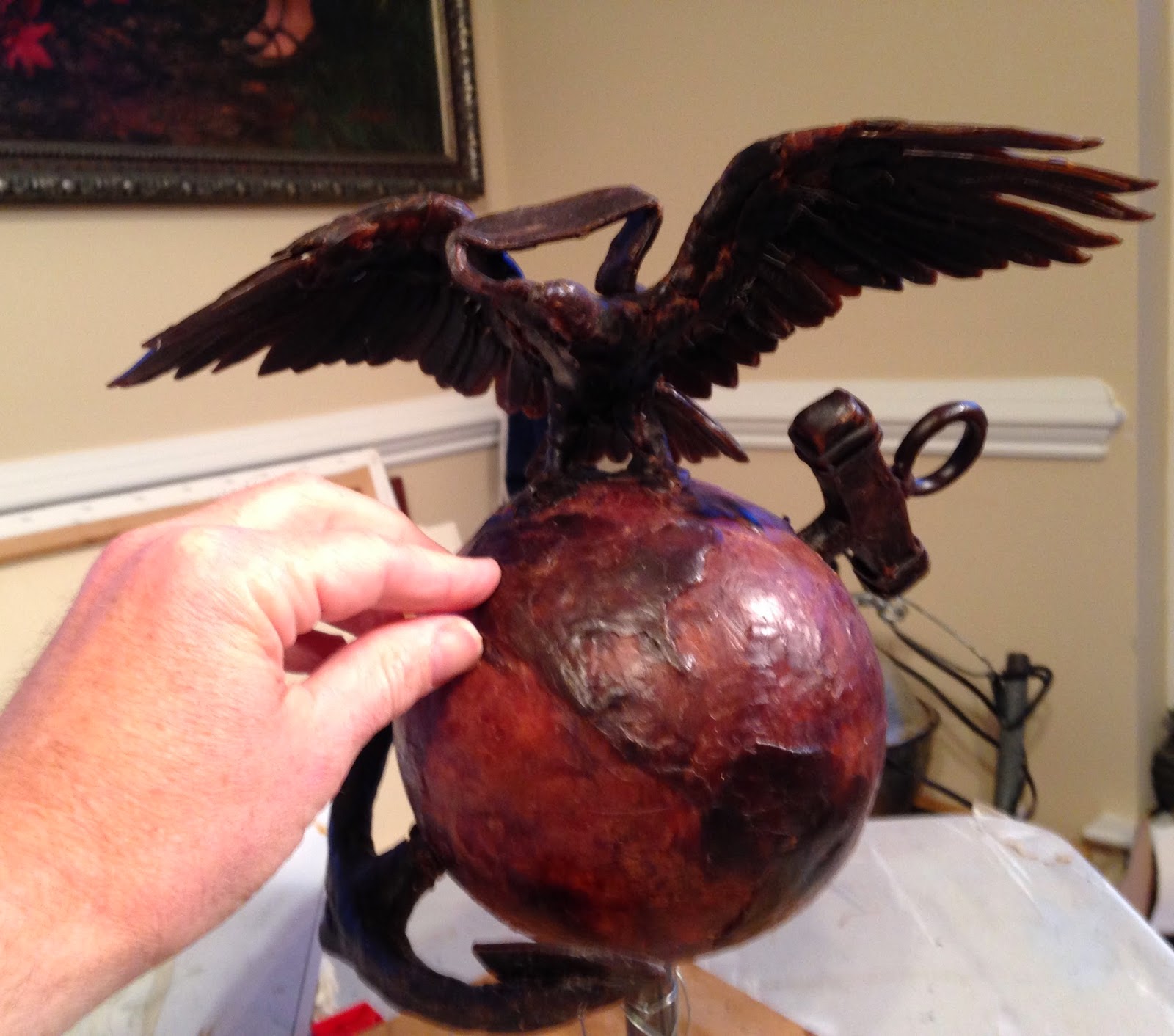 Working on the maquette of the finial element of the monument: an Eagle, Globe and Anchor in the round. 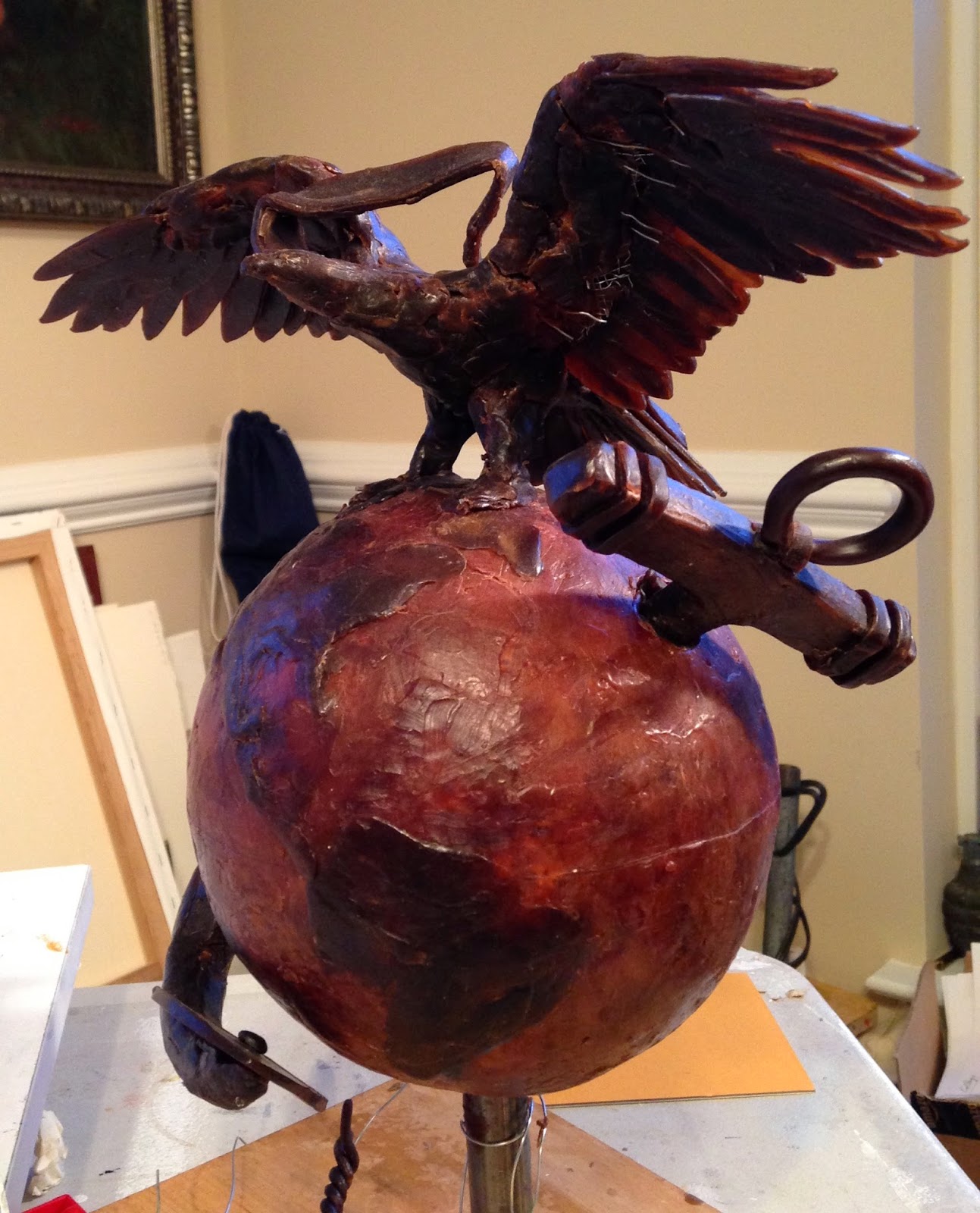 When finished, this monument will stand ten feet tall, placed on the grounds of the National Museum of the Marine Corps, near the Semper Fidelis Memorial Chapel.

Kris, the monument will be beautiful and amazing. Congratulations! Woohoo!