I came across this image again today while studying naval terms and marine art: 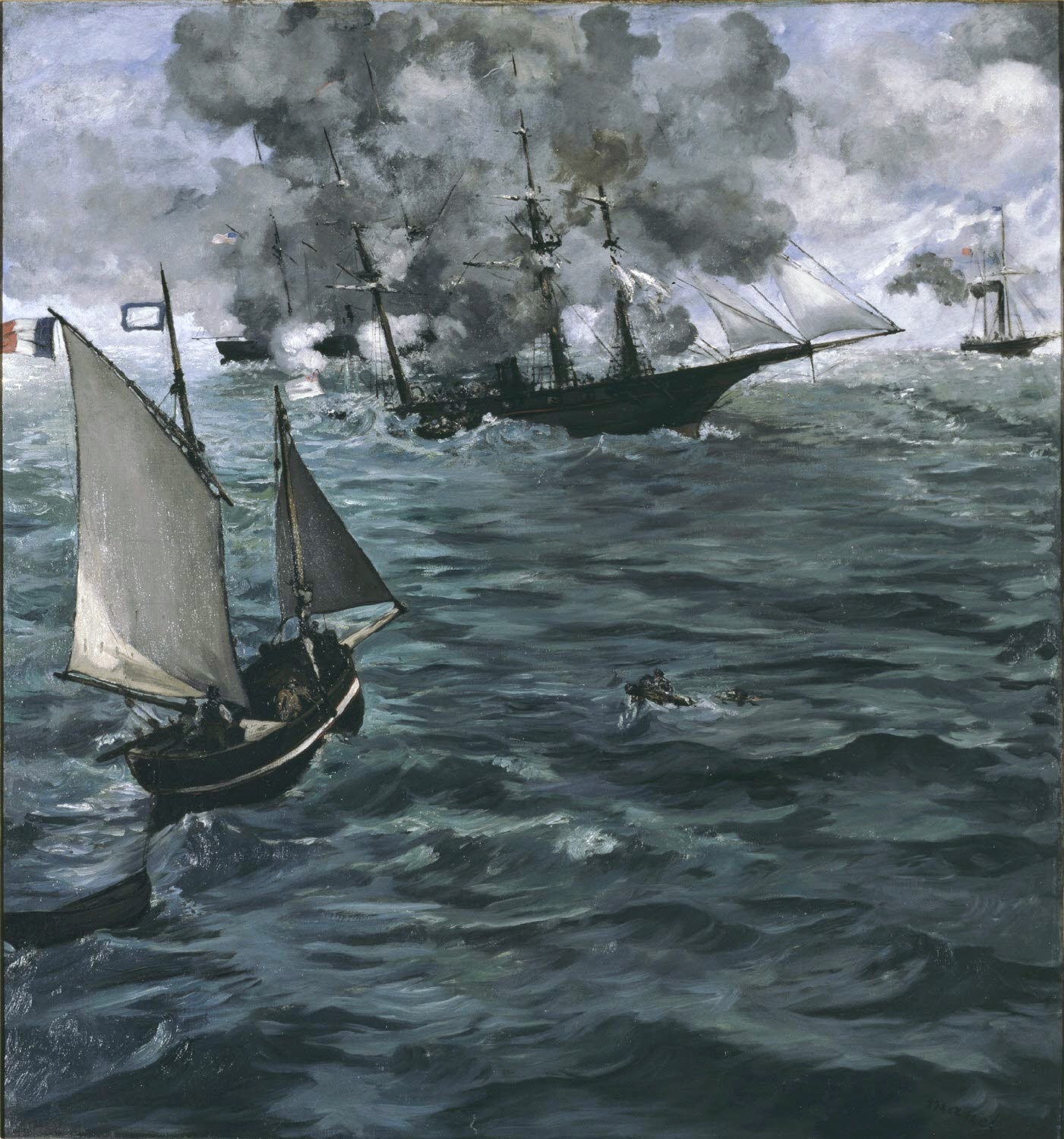 Though Manet himself didn't witness the battle, he almost certainly drew from first-hand accounts of other French citizens, hundreds of whom witnessed the battle as it unfolded just outside the Cherbourg harbor.

I find it a powerful composition and a good example of marine art and historical illustration.

Thanks for sharing this and educating me. Love the small paintings below.