In October, I had the privilege of once again touring the USS Constitution, "Old Ironsides," and go aboard her as she was taken out for her last "turn around" cruise before entering dry dock sometime this year.
(Click here for my first experience seeing Constitution at Marine Week Boston in 2010).

I am now painting as a civilian artist for the Navy Art Program, and they sent me up to sketch, photograph, and paint the ship and crew--  to document for posterity the wonderful anachronism of the oldest commissioned ship still in the naval service.

Since I got back, I've been drawing and painting scenes from my time on board, and am beginning to see the fruits of my labor.

I've got several paintings in process, both oil and acrylic, as well as some drawings...

Yesterday I finished an acrylic study of a Constitution sailor, with full 1813 uniform complete with coat and cover, working with rope: 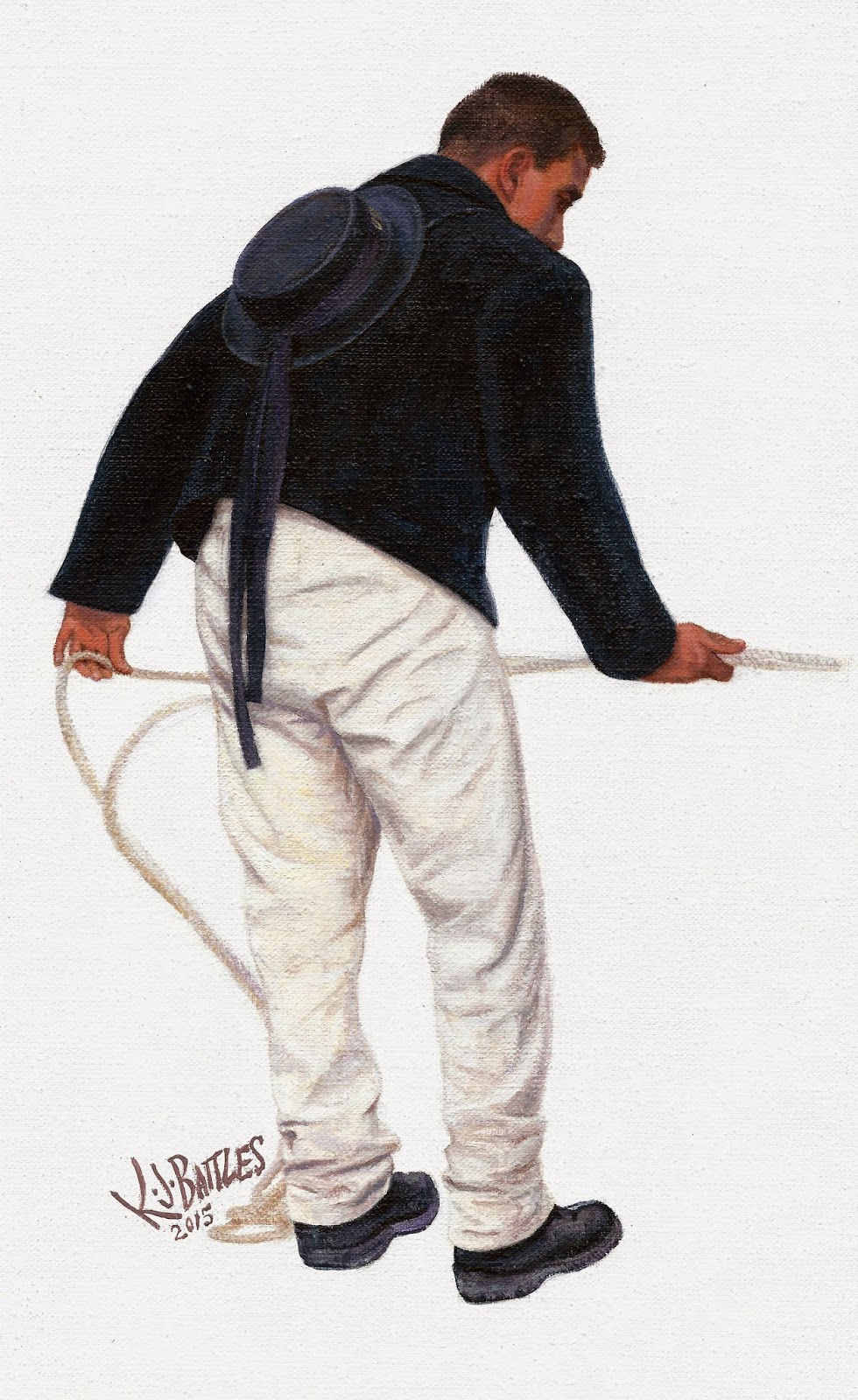 Other works, still in process, are several oils, including one featuring one of the female sailors aboard (I refer to this painting unofficially as "Rosie the Sailor"): 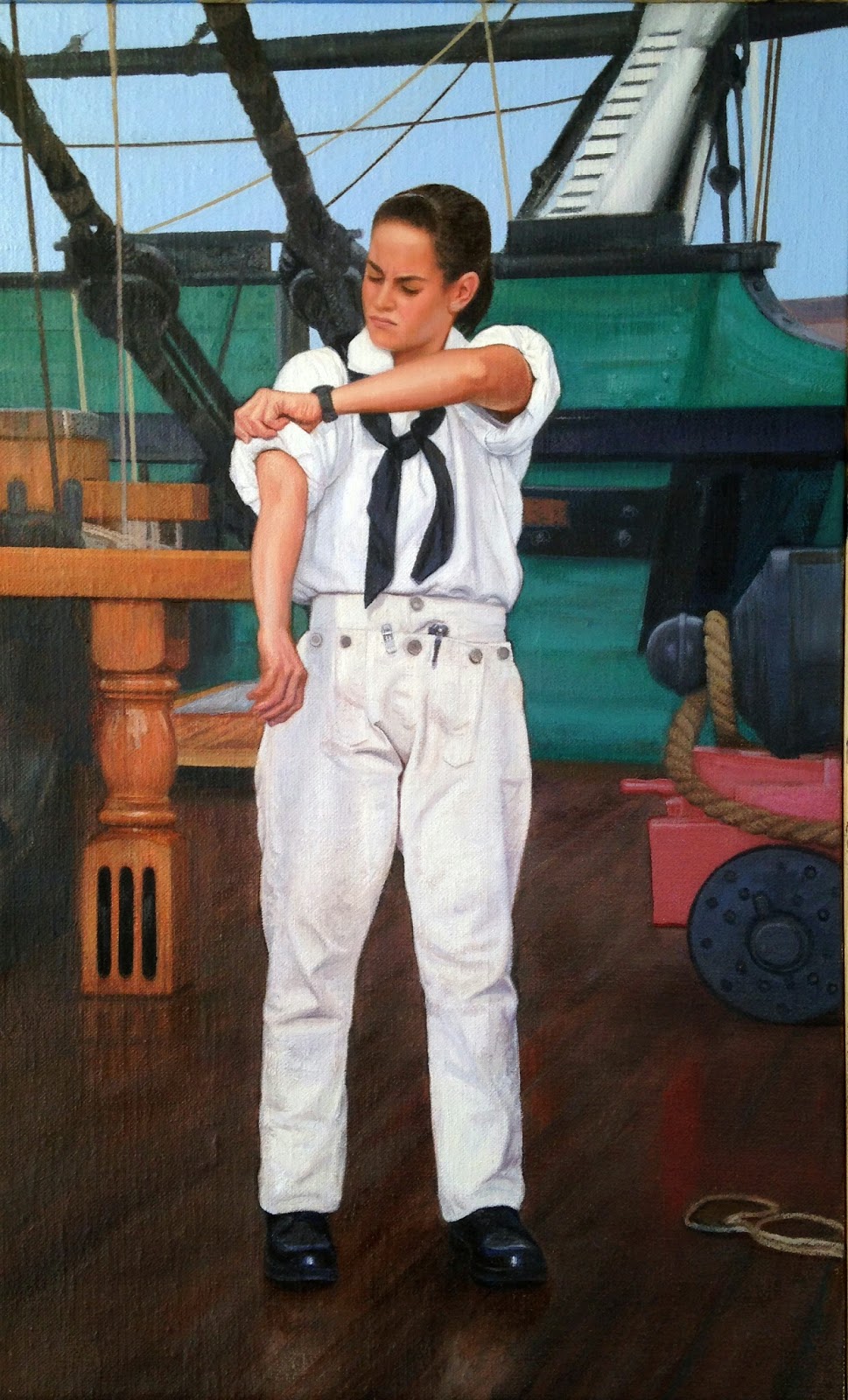 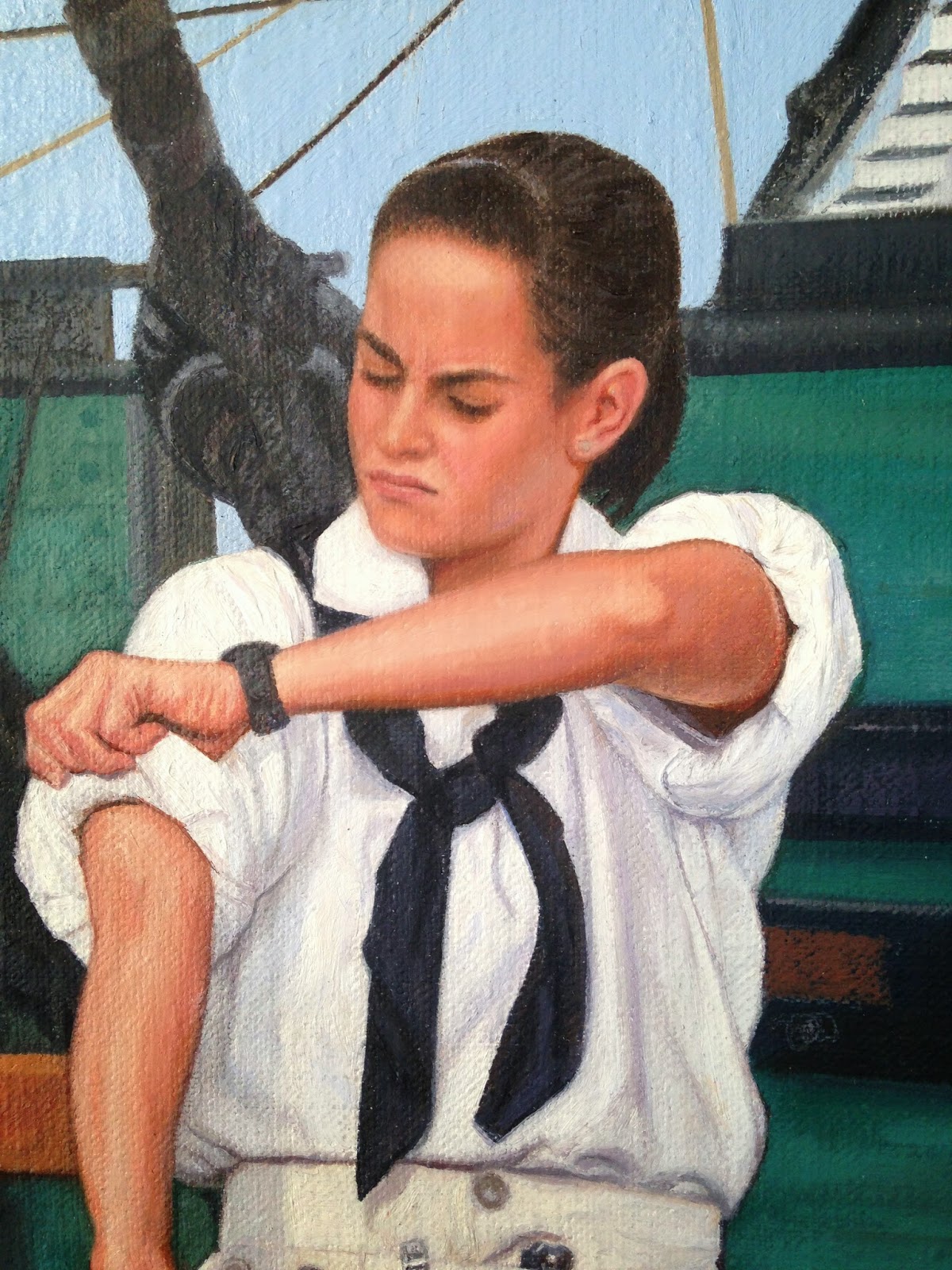 Also nearing completion is this oil painting, based on several photos I took of the crew in action, here shown hauling in the lines so we can cast off and get underway. 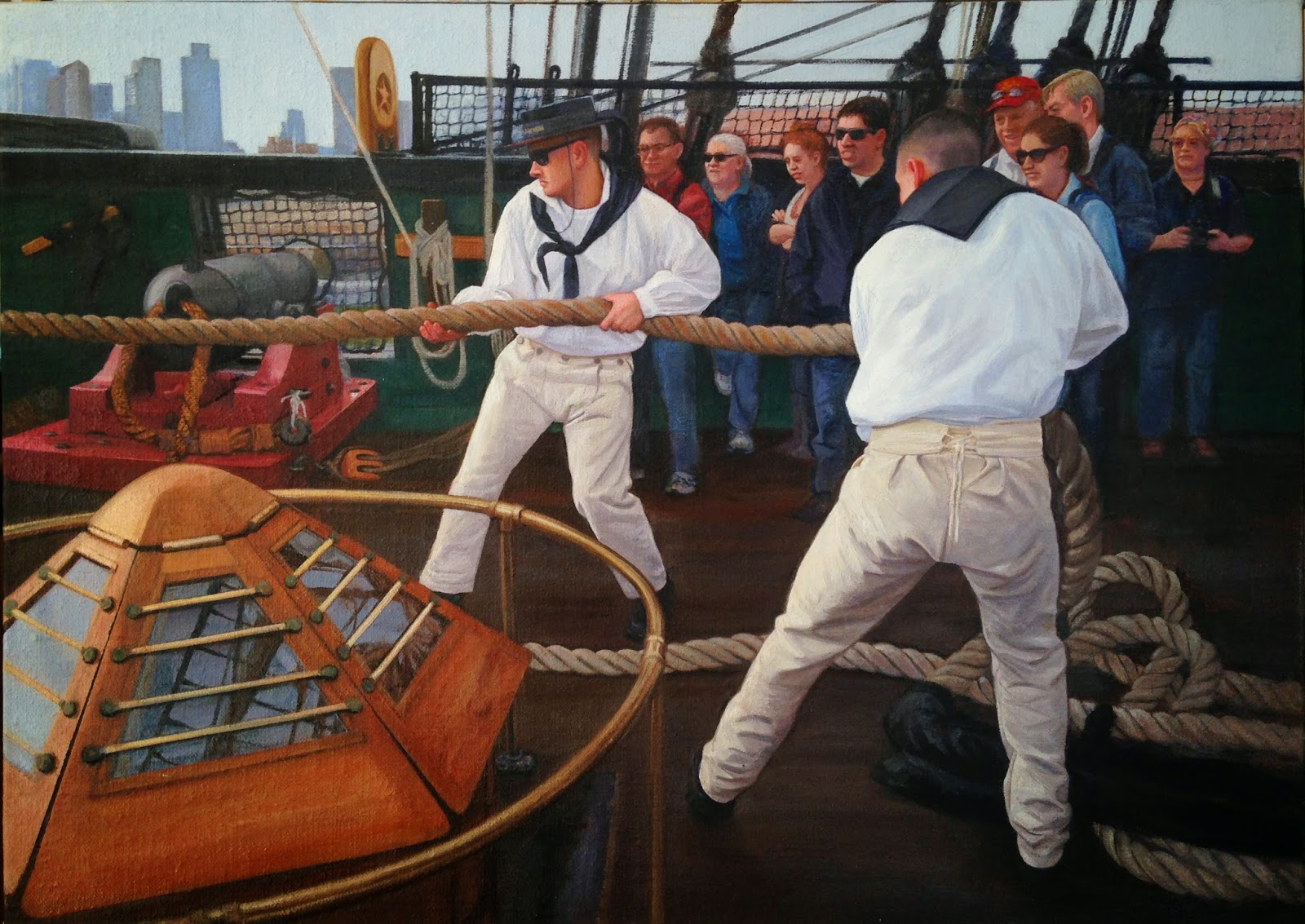 Yesterday, I began this little acrylic (9" x 10") study of a gunners mate cleaning the "salute gun" after Constitution did a 21gun salute while out in the harbor: 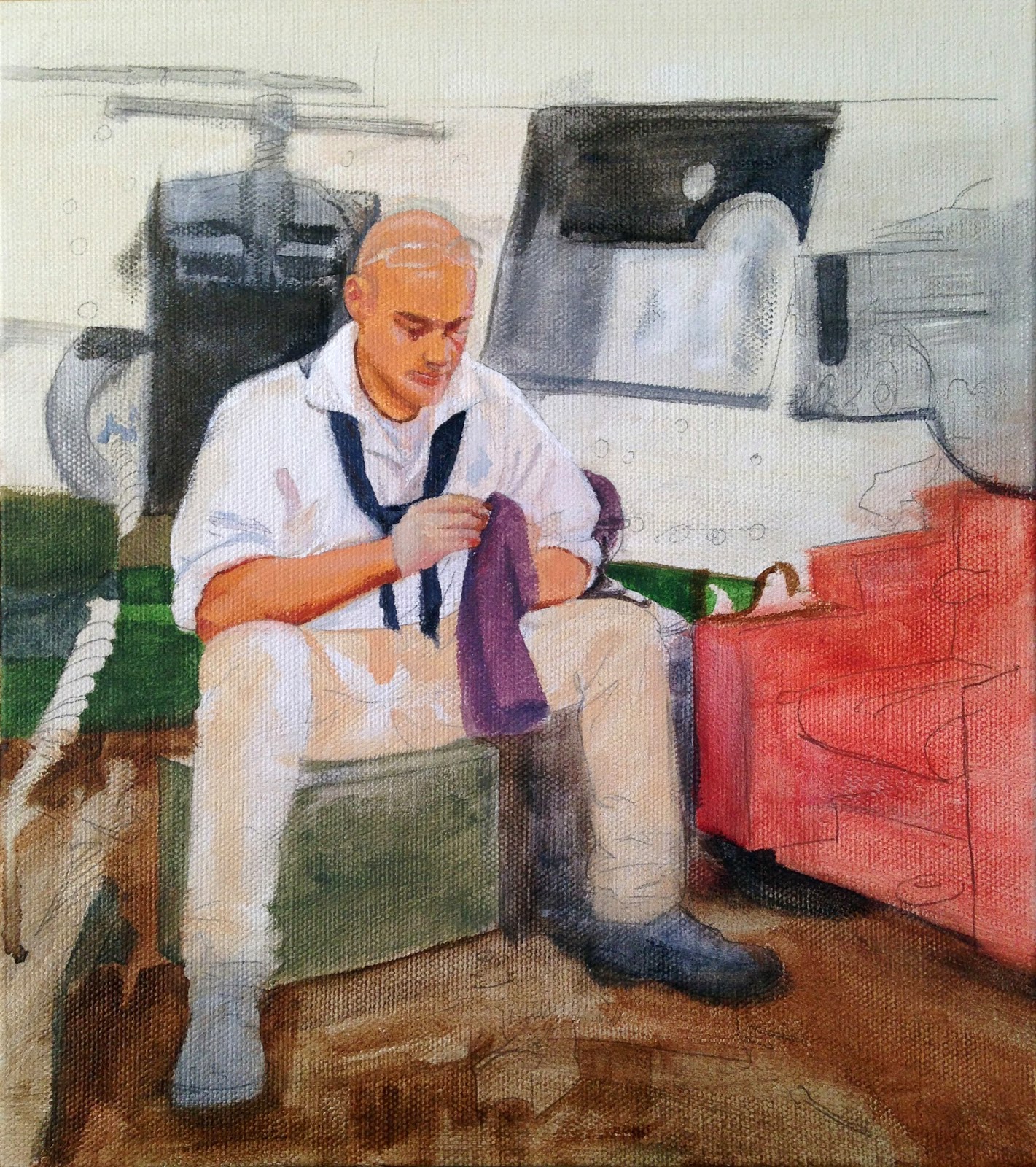 I will keep you posted, perhaps even later in the day, as this one progresses...
Anchors Aweigh!
UPDATED @ 1630, 4 Feb 2015
here's the progress on it from this afternoon: 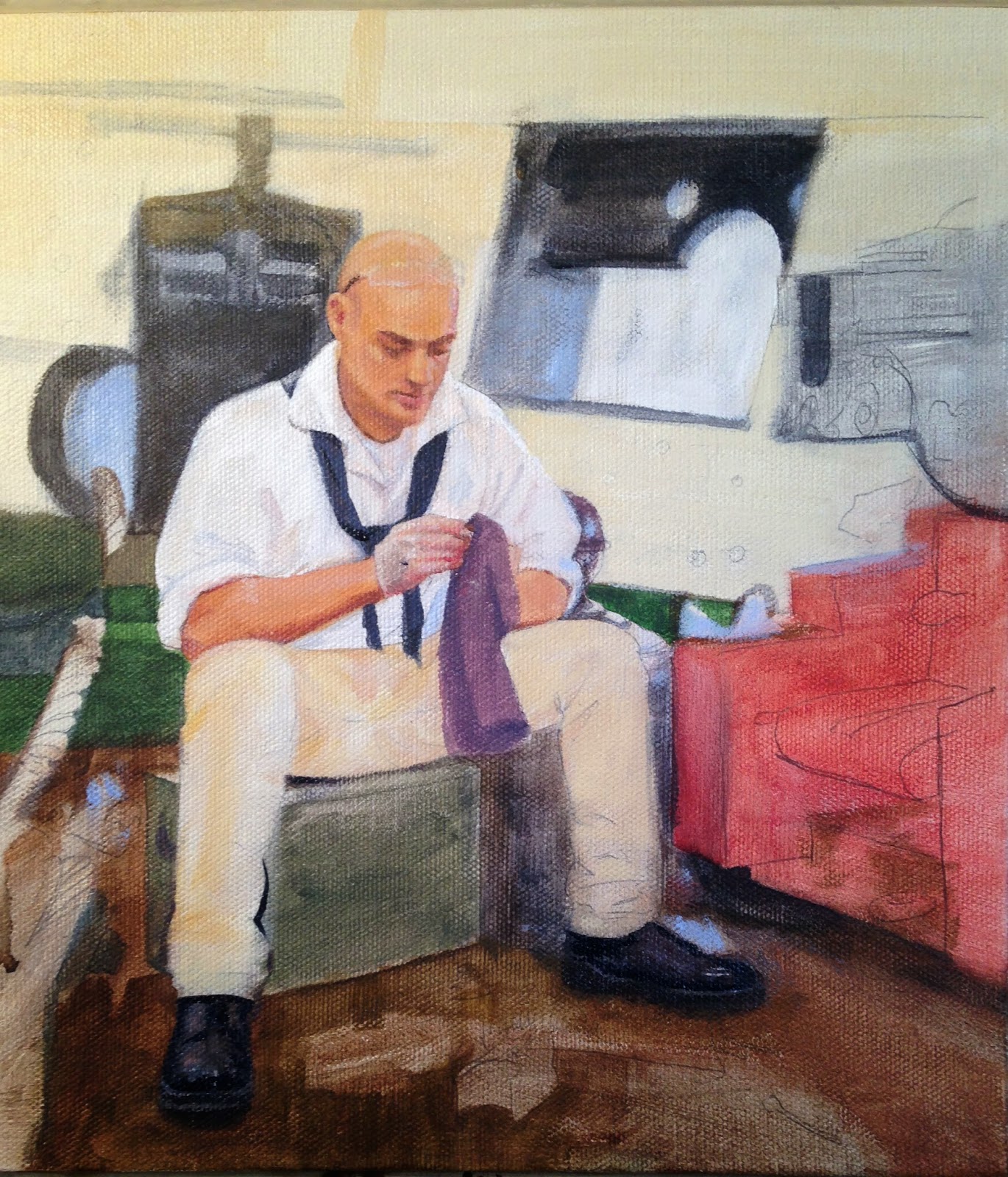 ...and from later in the evening: 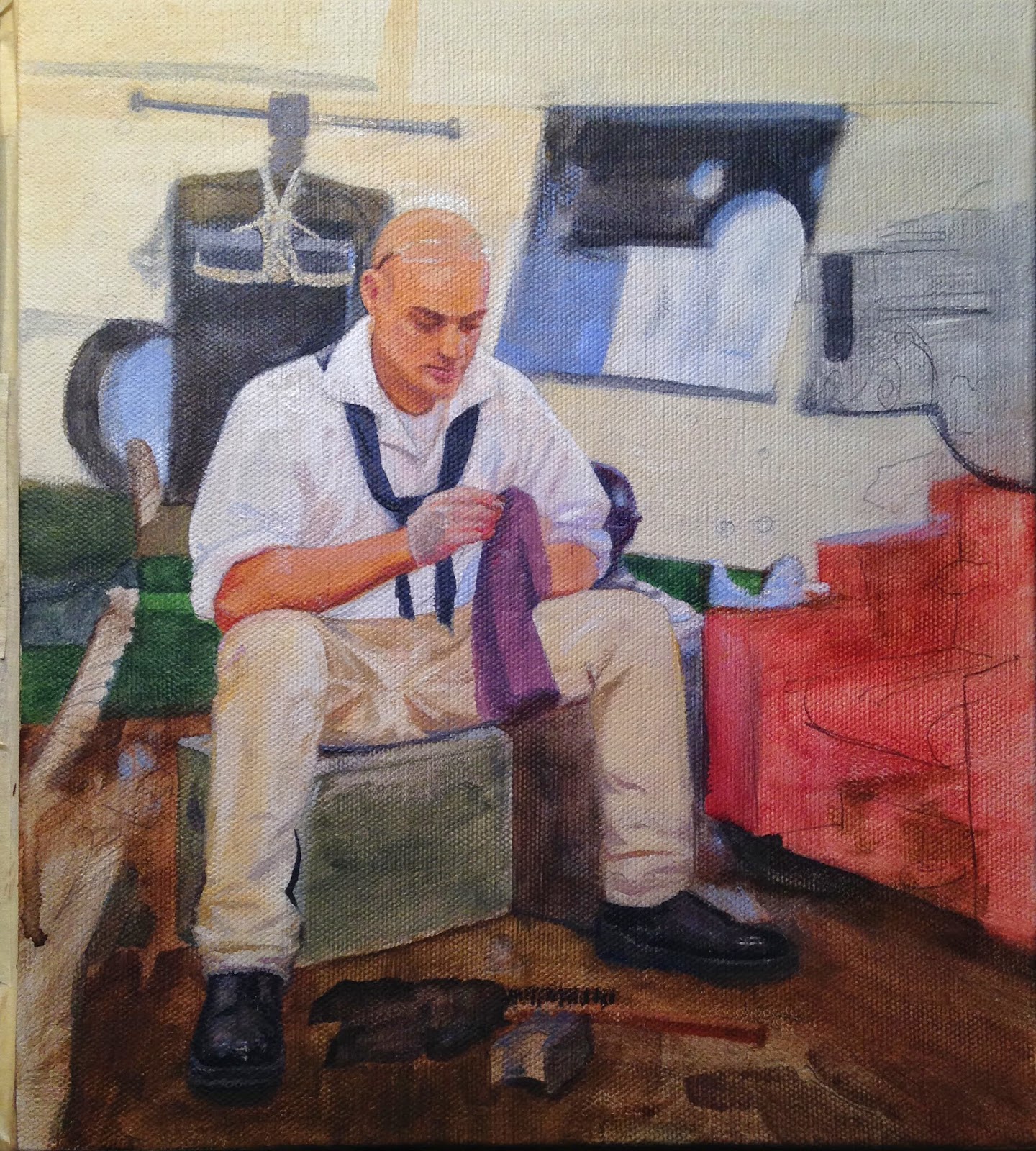 I do so enjoy seeing your work.

Thanks, Beverly!
I wish I posted stuff on a more regular basis.
It seems like with the advent of FaceBook, blogging has seen a decrease in activity, and folks just look at others' FB pages...!

Beverly, have we met, in Haiti or elsewhere?

I see that you follow the Blog, "Bakers in Haiti"...

I used to work with Kirk at Baptist Haiti Mission, from 1999 to 2001! I met Deborah down there, too, when they were just beginning to date!