In June, after "Javelin Thrust",  I took some leave--Kelly and I took a trip "across the Pond" to see Paris (and Belleau Wood, of course) and celebrate our ten-year anniversary, July 1st.  We'd always wanted to go, but never actually did, until this summer.

It was wonderful. We got to see the sites, be the ugly Americans,  fling dough around like it's going out of style, and generally have the time of our lives!

I sketched the Arc de Triomphe: 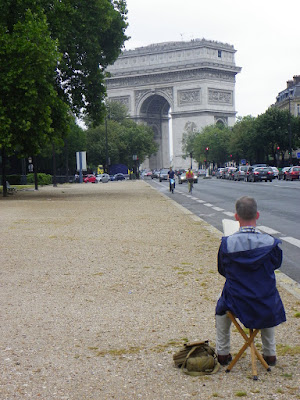 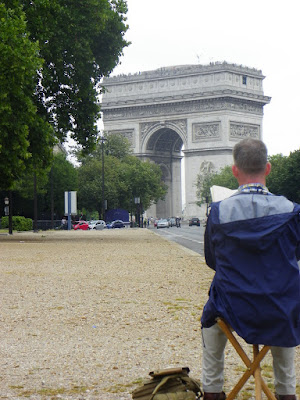 I also painted a scene en plein air of the lovely square near our hotel in Le Marais district: 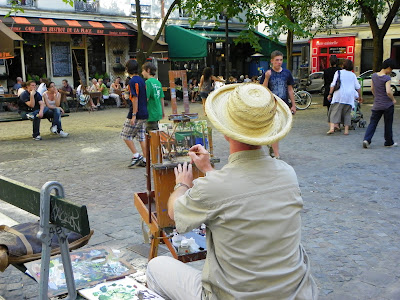 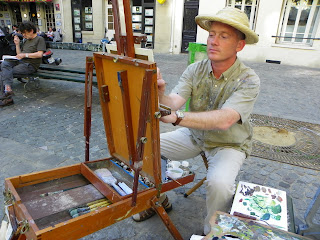 yes the hat is a bit much.... but it's Haitian and quite fittingly eccentric for an artist, I think! 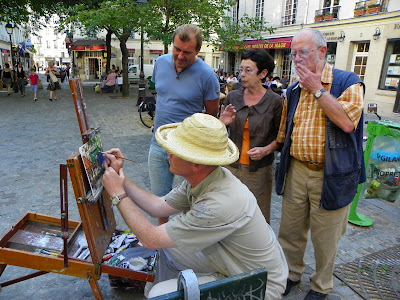 (The crowd that gathered to critique the piece were actually restaurant owners, one of whom bought the painting from me on the spot, and also treated Kelly and me to dinner in his restaurant!) 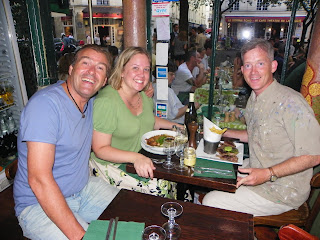 I spent two days in and around Belleau Wood as well, looking at the battlefield: 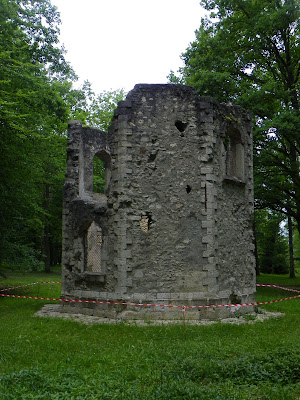 The Pavillon de Chasse--the famous Hunting Lodge near the north edge of the Wood (this is facing north, as if going in the direction the Marines were attacking near the end of the Battle...there are more shell holes on this side of the Lodge than the others). 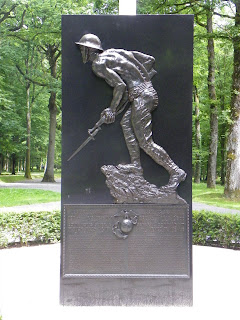 The "Iron Mike" Monument to the Marines at Belleau Wood 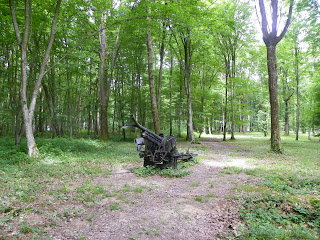 An exploded German field piece on display in Belleau Wood 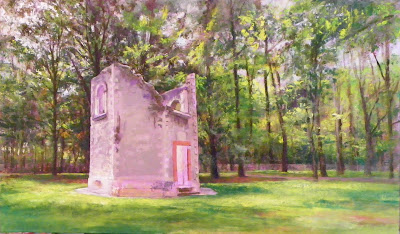 This is a studio painting in casein, in the roughing-in phase, before finishing details are begun...
One day soon, I hope to return to do more sketching, and research for a painting I've long been planning-- my own depiction of the Battle of Belleau Wood, complete with attacking Marines, fighting and dying Germans, machine guns and bayonets-- the whole nine yards...
Posted by Kristopher Battles at 8/20/2010 09:17:00 PM

Wonderful post. When my husband and I had been married just a year, I took him down to Haiti so that he could see where I had lived and worked. He had a big head, and when we were in P-au-P, he started looking for a hat. Finally, he found one that fit just right and he wore it for years after here in the States as he worked. Someone said that the hat salesman had probably had that hat for a long time, just waiting for don to come along.

It's great to know that there are other men out there, unafraid to wear a great hat, even though their wives may hate it!

Looks like these are amazing.
oil painting on canvas