Here is a video I took in Afghanistan on the 2nd of July, when Marines of the 2nd Bn 8th Marines (specifically Fox and Echo Companies) boarded CH53s at FOB Dwyer and kicked off Operation River Liberty (AKA Operation Kanjar) the mission being to occupy key points in the Helmand River Valley, provide security and stability to the civilian population, and deny the battlespace to the Taliban.

Note: while watching the video, notice how much gear the Marines have to carry. It's a lot heavier than it looks, especially when you add up the weight of the body armor and helmets, the ammo, food and water, and their packs which contain all the necessities of living in the field. It's not too bad if you're young, and if it's in the winter months, and you can put your gear down once in a while...!
___
Here are some photos of Marines from Echo Company 2/8 as they geared up and boarded the helos for Operation River Liberty a little later that morning, July 2, 2009: 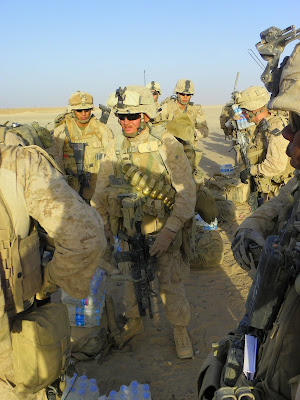 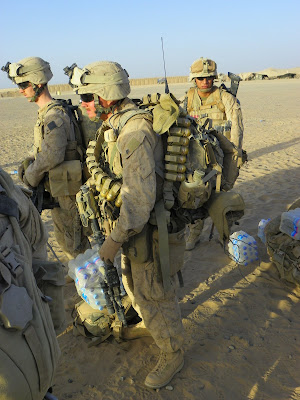 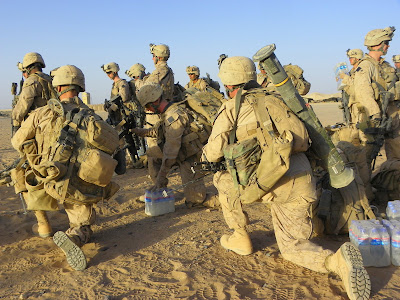 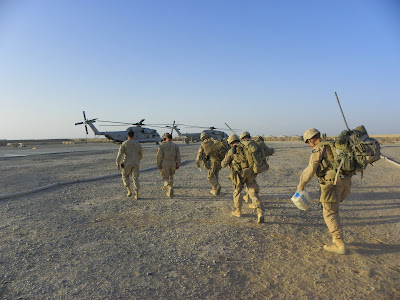 The Thunder Run has linked to this post in the blog post From the Front: 08/07/2009 News and Personal dispatches from the front and the home front.