Slice of Life at an Outpost-- Helo Comin' In

(FOD at a FOB)
This video was taken in July at Patrol Base Jaker, near Nawa in the Helmand Province, when we were preparing to take a helo ride back to FOB Leatherneck. A group of soldiers from the Afghan Army had dibs on the first helo, so we had to wait for another one...

I post it to show how much dust and debris can be kicked up when a helicopter comes in to an expeditionary LZ. (see retated term FOD...)

(Forgive the hand over the lens, but I had to cover it from small flying rocks, which kick up violently when a CH53 comes in to land. Consider it a Surrealistic element in an art film... at the end is the helo beginning to take back off-- I wish I'd kept filming)! 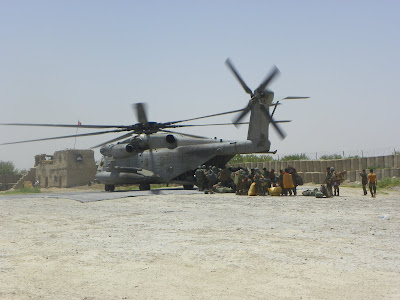 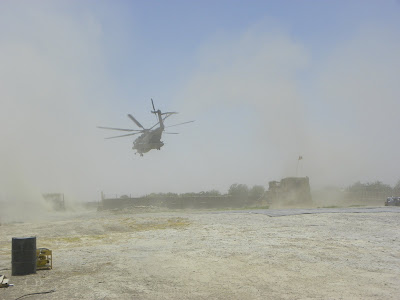 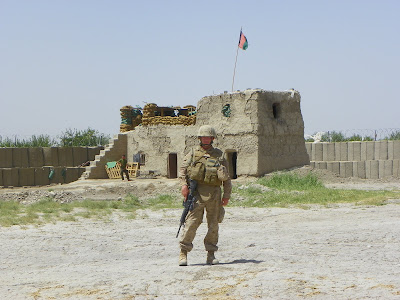 Me, standing in front of the guard post shown in the video, waiting to get on one of the helos that were coming in that day...
Strange semi-related Tangent of the Day: ..."Very Small Rocks!"
Posted by Kristopher Battles at 8/09/2009 09:03:00 AM

The Thunder Run has linked to this post in the blog post From the Front: 08/10/2009 News and Personal dispatches from the front and the home front.