I've been busy in the studio, trying to get as much work done as I can, to make the Marine Corps' money worth its while...

Here are some photos of some works I've just begun, and a sculpture maquette I've worked on for some time now...

The sketches are done in water soluble pencil, and provide basic detail for the composition, and make the execution of painting a lot easier. I've found that an accurate drawing is more important than an overly-detailed drawing, in providing the framework for a successful painting.

An scene of a patrol leaving the wire at Patrol Base Hassan Abad, Afghanistan:

The drawing of some Marines asleep in the jumbled interior of an MRAP: 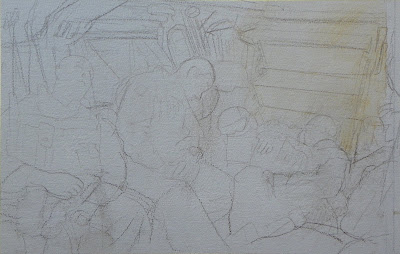 This maquette is made of wax and will (I hope) be cast in bronze, and sit on some general's desk someday! It shows a fire team leader next to a SAW gunner, in an assault. I am using photos and sketches I made while at Mojave Viper in 29 Palms, CA last summer. Though the references come from a training exercise, the object itself is meant to be an archetype of all such assaults, by all such Marine fire teams. 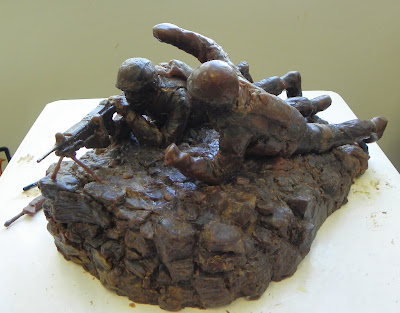 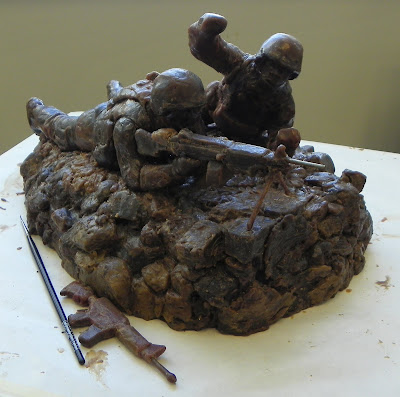 Chief Wheeler from FOB Delhi, here. How'd the sketches of the BAS turn out. I'd love to see them. Passed along your blog to my family and friends as well.

Drop me a line if you get a chance.
hmcwheeler@hotmail.com

This is great, I hope to see it in bronze, too.